Brooklyn comes from behind to beat Mapleton 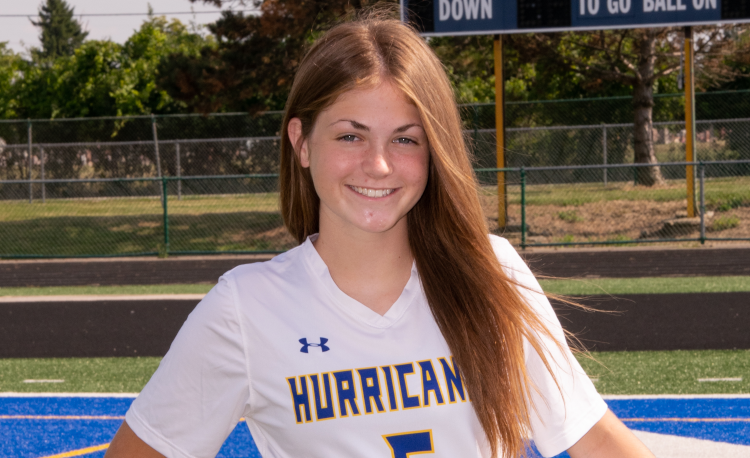 Trailing Mapleton at halftime, Brooklyn found its rhythm in the second half and pulled out a 3-2 win over the Mounties on Wednesday.

“The girls did a complete 360 during the second half of our game,” Brooklyn coach Alison Rafter said. “We started off very slow and had a bit of trouble playing the type of soccer we are capable of playing. At halftime, the coaches were very direct in the message we were sending in that we believed that our team was more than capable of winning the game and that the expectation was for all players to step it up and play our game.”

Sophomore Delaney David and senior Kelsey Bruzek took that message to heart and ignited the Hurricanes in the final 40 minutes.

David recorded a goal and an assist and Kruzek scored twice.

“The first goal Kelsey scored was a pass from Delaney,” Rafter said. “As a midfielder, Kelsey stepped up her attack and looked to receive a ball from the forward. She collected the ball and took the shot, scoring her fourth goal of the season. Kelsey’s second goal was unassisted as she beat a defender on the wing about 25 yards out and ripped a shot on goal scoring the second goal of the game.”

“Delaney is our clutch player in tight games as she showed in scoring the winning goal in two of our three wins,” Rafter said.

The rest of the Hurricanes contributed by amping up their pressure, possessing the ball and taking shots when presented with the opportunity.

“It was very exciting to see the girls put in a total team effort and come back and beat Mapleton,” Rafter aid.

With the win, the Hurricanes improved to 3-1 on the year and added even more momentum for a team playing with confidence.

“I think this win definitely is a confidence builder for the team as a whole,” Rafter said. “The coaches have known for a long time what they are capable of doing. This win has shown them that they are capable of turning things around, keeping their composure, creating opportunities to score, and being able to put the ball in the back of the net.”