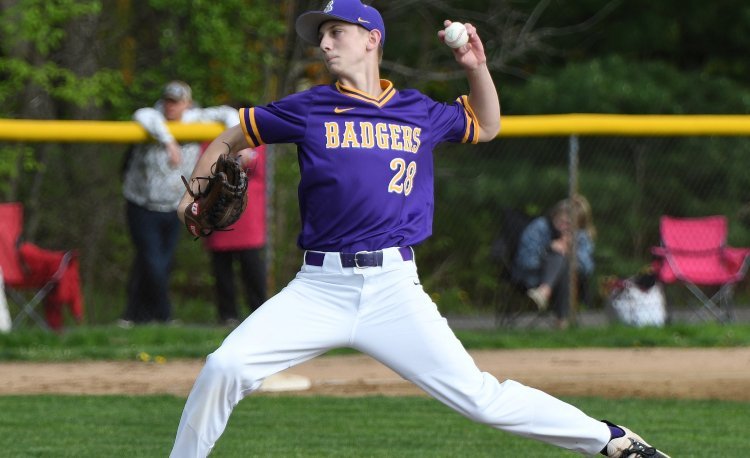 The Badgers finished last season with an 18-12 record overall and a 9-4 mark in the Chagrin Valley Conference Valley Division. They went on to win a district championship and fell to state Final Four participant Canton Central Catholic in a regional semifinal, 4-3.

“We only return two starters from the previous team in 2021, so replacing a lot of starters with younger talent will be a big situation for us to see through,” said Berkshire coach Nick Burzanko. “We have some lofty expectations from a group that was all part of our district championship team last year. We came up a bit short in the conference last year so we look to compete and win the conference. As a group, the team has also come together and wants to return to the district tournament and win another championship.”

To achieve those goals, the young Badgers will have to grow up in a hurry.

“Our challenge this year will be our youth and depth,” Burzanko said. “Guys returning are varsity ready but we replace seven starters with a few guys who had playing time but not everyday action. Depth will be an issue at times but we have a lot of guys who can play multiple positions.”

Fortunately, the Badgers return two of their top four pitchers from a season ago in juniors Jack Jacobs and Max Janssen, and they’ll lean on those hard-to-hit lefties to keep them in games, especially early in the season.

“Those guys will be hard to beat with them both being left-handed,” Burzanko said. “Both are very good on the mound. We have a lot of guys who just simply love to compete as well, guys who like to challenge good pitching at the plate and then get after in on the base paths.”

Jacobs, who will play first base when he isn’t pitching, was 4-2 with a 2.20 earned run average and struck out 32 batters in 37 innings of work while limiting opposing hitters to a .191 batting average. He was also effective at the plate as he finished the season with a .330 batting average and nine extra-base hits.

“Jack is a very talented and hardworking baseball player,” Burzanko said. “He works on his craft all year long and I can already see the strides he’s made compared to last year being his first varsity year. He will be our No. 1 on the mound and will be a big part of our offensive lineup.”

Janssen, who will play left field when he isn’t pitching, was 2-2 with a 5.70 ERA and 30 strikeouts in 29 innings. He also recorded one save.

“Max will be relied on a lot in the pitching rotation this year taking the No. 2 role in the rotation, “Burzanko said. “He will also move up in the lineup and be counted out to get key hits to drive runs in and help on the offensive side.”

Czekaj will start at third base when he isn’t pitching.

“Joey had some playing time in last year’s season being a DH and a defensive sub,” Burzanko said. “He will be a Swiss army knife for us this year with him being a very versatile kid. He will be in the pitching rotation as well as catch and fill in some infield spots when other guys are on the mound. Joey will also be counted on early in the batting lineup to move runners on the base paths and drive guys in.”

Hornak will start at second base and pitch.

“He is a hard-working kid who will be a big part of the offense and a great base runner,” Burzanko said. “He is a smart player and a leader by example.”

Miller takes over at shortstop for Jake Brown, who graduated, and he will see time on the mound.

“Miles comes off a year of playing a big defensive role where he played shortstop when Jake Brown would head to the mound,” Burzanko said. “He will be a guy we rely on to be a leader on the field being a guy who returns playing significant time in big situations and learning from everything he got to see at the varsity level last year. Miles will be all over in the lineup and is probably one of our better base runners and readers of the game.”

Hastings will pitch and play center field following the graduation of Blake Jenkins.

“It’s hard to replace ‘Mr. Flash’ but if there is a guy to do it, it can be Jack,” Burzanko said of the change in center field. “He has great speed that allows him to run down anything gap to gap and has a very strong arm.”

The rest of Berkshire’s projected starting lineup includes seniors Cayden Skolaris and Ray Johnson at catcher and in right field, respectively, and Filby and junior Curtis Tetlow as the team’s designated hitters.

Despite the turnover on his roster, Burzanko is confident he has the pieces in place to make another run this spring.

“The pitching staff must compete and the young guys will need to get acclimated quickly to be able to make big-time plays in big situations,” he said. “If that happens then the sky is the limit for this young group.”