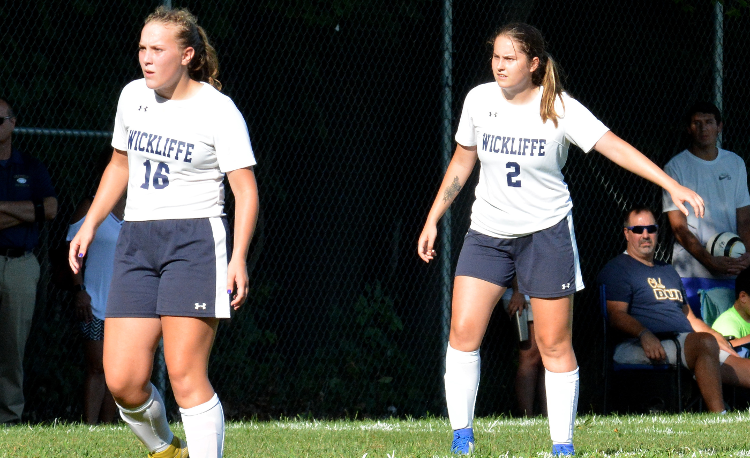 Jaina Buttari scored a goal in the 64th minute to lead Wickliffe to a 1-0 win over visiting Perry on Tuesday.

Buttari’s goal obviously changed the game in the closing minutes but also was exactly what her coach had been hoping to see out of his players.

“We’ve been preaching to take the shots when given a window all week and that’s exactly what she did,” Wickliffe coach Steve Gribovicz said. “She didn’t have the ideal circumstances on the shot, but she took a chance and it paid off.”

“Perry deserves praise for their defensive stoutness and their playoff throw-ins,” Gribovicz said. “They made our defense work the whole game. We gutted out this win and it wasn’t as clean as we wanted, but the effort was there. However, we still got the result and will use it to move forward and learn more about our team as a whole to continue our process this season.”

The win kept alive Wickliffe’s unbeaten streak and generated even more momentum for the Blue Devils heading into the heart of conference play.

Wickliffe improved to 3-2-1 overall and are 2-0-1 in their last three contests.

“This win helps our momentum moving forward,” Gribovicz said. “We now have a three-game streak without a loss moving into a competitive conference match on Thursday at Cuyahoga Heights.”

Kaylee Lauriel recorded three saves in the win and notched her third shutout of the season.

Perry dropped to 2-3-1. The Pirates travel to Geneva on Thursday.