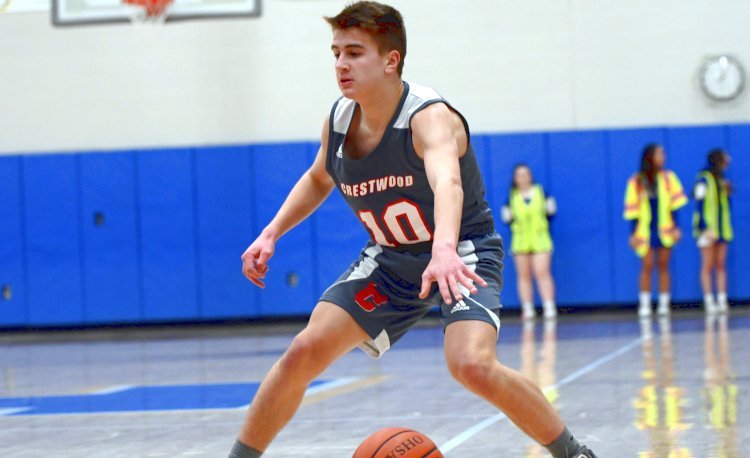 The Huskies topped the Blue Devils, 54-40, thanks to Jake Bean’s game-high 23 points. Bean drained three 3-pointers in the win. Paul Gall and Ethan Detweiler each scored nine points and Troy Domen added seven for the Huskies, who led 35-17 at halftime and then held off the Blue Devils down the stretch.

Trinity found a way to cool off Crestwood sharpshooter Charlie Schweickert in a 55-43 win over the Red Devils.

Schweickert buried five 3-pointers, including three in the first eight minutes, on the way to a game-high 15 points.

Crestwood matched Trinity’s 14 first-quarter points but the Trojans took a 30-26 lead into the locker room and outscored the Red Devils in the second half, 25-17.

Dom Locklear led Trinity with 13 points, Quincy Haynes also scored in double figures with 11, and Keenan Hughes and Eric Snow contributed to the win with nine and eight points, respectively.