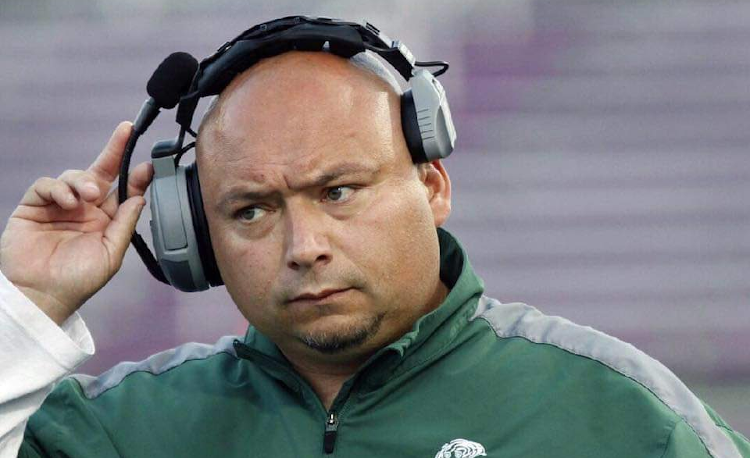 Had Pat Costanzo been interviewing with Brooklyn High School for a position as an Information Technology specialist he’d likely still be looking for work.

Instead, Costanzo is returning to his alma mater as its next head football coach.

“I love Brooklyn High School and I love the community,” Costanzo said. “I just want to get this thing going again.”

Costanzo, who previously coached at the school from 2007-2010, aced his first interview. His second, which occurred after Ohio Governor Mike DeWine issued a stay at home order following the outbreak of COVID-19, didn’t go quite as smoothly.

While Costanzo can dissect an opposing defense and create a play guaranteed to pick up a first down, he’s not quite as comfortable on a Zoom meeting.

“I’m pretty good with football but I went through the first round of interviews and the last interview, I think there were three guys left, and the AD sent me a message and said it was a Zoom PowerPoint presentation and I was like, ‘Oh, God!” he said. “That was the first time. My wife yelled at me a couple of times because she was showing me what to do. I was nervous but I know how to do it now.”

That new skill will come in handy as Costanzo settles into his role with the Hurricanes.

Ohio schools and their athletic facilities will remain closed for the foreseeable future, which means Costanzo will get to know his players in the virtual world.

“My plan is to get their emails and send out homework even if they don’t have a weight room,” Costanzo said. “It’s going to be old school; push-ups and dips and running, whatever we can get them doing on their own. It’s a little bit of a situation but to me, it gives me a little bit of time to get going.”

“I was text messaging my oldest son during his senior year one Friday night as I was driving home from Black River on a bus and he was telling me about how his game went,” Costanzo said. “I decided that with my youngest son I wasn’t going to miss his games (at Holy Name).”

Costanzo returned to the sidelines in 2013 as the freshman head coach at Holy Name, where he also served as the varsity offensive line coach and run game coordinator until 2016.

The Green Wave qualified for the playoffs twice during his time there.

He’s now ready for the challenge of turning around a program that hasn’t had a winning record since the Hurricanes finished 6-4 in 2000.

The good news for Brooklyn fans is the four seasons Costanzo spent at the school were among the program’s best in the past two decades.

Brooklyn has won three or more games just eight times in the past 21 years and Costanzo was coaching during three of those seasons.

As the head coach in 2009, Costanzo guided the Hurricanes to a 5-5 mark. It remains the best record since that 2000 season.

Despite the challenge he knows is ahead of him, Costanzo is eager to improve Brooklyn’s gridiron standing.

“I love this football community and the program,” he said. “I think that’s why I got this job. I don’t think they could find a guy who cares as much about this program as I do.”

Costanzo’s formula to create a winning culture starts with the most basic of concepts.

“We’ve got to get our numbers up,” he said. “That’s been a problem in the past. With a little bit more energy–and the kids are excited–so I think we’ll get those up.”

He’s also focused on developing a working-class attitude among his players.

“We want to be a tough, hard-nosed team,” he said. “In the past, when something went wrong, they put their head down. We’ve got to get that out of them and keep it positive and keep them going in the right direction. Once we get this thing rolling then good things will happen.”

Don’t expect the former offensive line to coach to step out of his comfort zone.

The Hurricanes will focus on running the football to wear down opposing defenses and to shorten the game.