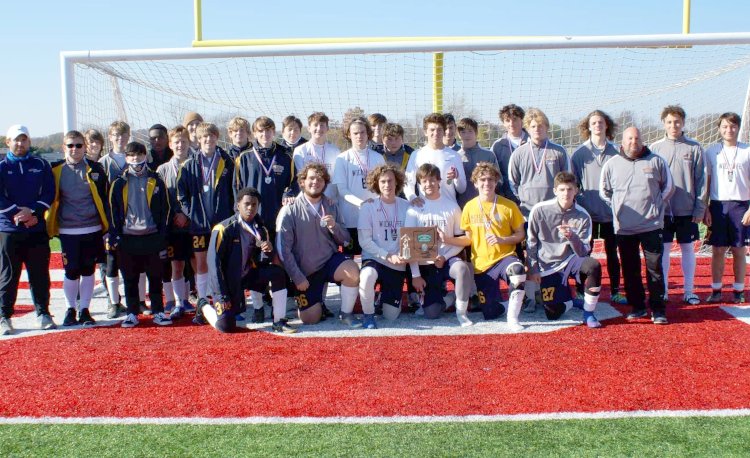 Last fall, Wickliffe made a run to the district championship game and with eight returning starters, the Blue Devils are eager to return this fall.

“With 12 players returning with regular varsity experience, we truly have limited holes to fill,” said fourth-year head coach Dominik Severino. “Per usual, we play a very strong non-conference schedule to prepare us for playoffs. We made a nice run last year and expect to build off that as well as have a better showing in the conference.”

The expectations are higher this season.

“For us it is all mental,” Severino said. “We have always had the raw athleticism to compete with top area teams but this is the first team in a long time that has the potential to play the game the right way and not only compete physically, but tactically as well. The boys have worked hard all summer and in previous years as a young core to really develop an identity and language within our program. When we stick to what we have built together great things happen.”

Seniors Bryant Murphy and Gabe Stoehr will play key roles for the Blue Devils this season but Severino has a very large junior class ready to learn and leave their own mark on the program.

“Our two seniors, Gabe and Bryant, are our backbone and will carry us in the back. However, we have a handful of players that have been starting since their freshmen year,” Severino said. “We have taken some lumps and I continuously schedule us Division I and II opponents to get our speed of play up to a new comfort level. With 16 juniors, we really expect to take a nice jump this year competitively in every game.”

“Bryant is the epitome of a coach’s dream as a center back. Leadership, communication, and control of the game come naturally. Our team relies on his energy to set the tone,” Severino said. “Gabe takes some knocks on his personal stats for the betterment of the team. We play a strong schedule year in year out and he continuously grows and develops throughout. He was one of the key factors in a playoff run last year and we look to build on that.”

Williams, a junior, scored 17 goals with three assists on the way to earning first-team all-conference honors. Casey, a junior, added one goal with nine assists. He was named first-team All-Greater Cleveland and second-team All-CVC.

“Shane is undoubtedly our go-to up top. He has worked hard in his freshman and sophomore campaigns to truly develop an identity up top. We will look for big things from him once again,” Severino said. “I truly believe Colin will make a massive leap as one of the area’s best overall players this year. He has fully committed himself this offseason and has been our point man in the middle since his freshman year.”