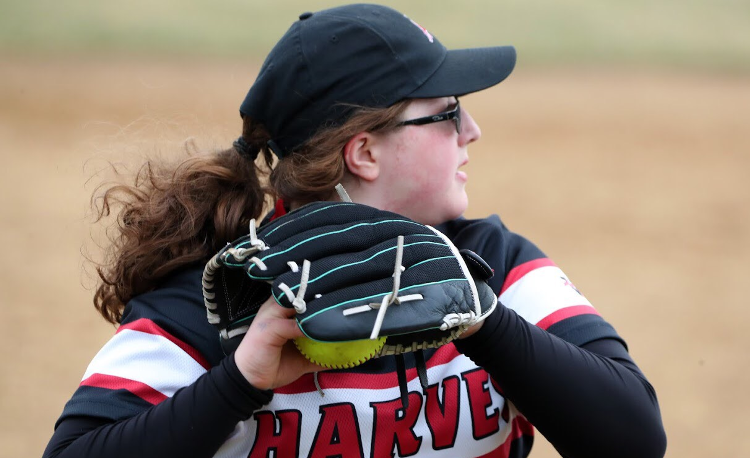 Athletes from Beachwood, Berkshire, Cuyahoga Heights, Fairport Harding, Geneva, Harvey, Independence, Kirtland and Wickliffe have been named the Chagrin Valley Conference Players of the Week for the week ending April 7.

Name: Richie Allison
School: Cuyahoga Heights
Grade: 12
Stats: Batted .600 (6-for-10) with 3 doubles, 5 RBI, 4 runs scored and allowed just three earned runs in 5 innings pitched with 3 strikeouts
Coach’s Quote: “Richie showed this week how much of a catalyst he is for our lineup,” Cuyahoga Heights coach Jake Solomon said. “Richie led the charge for our hitters. He had a direct impact on the three wins and 29 team runs scored during the past week.”

Name: Bobby Czekaj
School: Berkshire
Grade: 12
Stats: Batted .538 (7-for-13) with 1 double, 2 RBI, 4 runs scored and threw out one attempted base stealer
Coach’s Quote: “Bobby was able to get back behind the plate and solidify our defense this week,” Kirtland coach Brian Hiscox said. “His leadership behind the plate, plus his hitting, put us in a position to win or be in a position to win our ballgames this week.”

Name: Luke Honkala
School: Fairport Harding
Grade: 12
Stats: Pitched a six-inning no-hitter with 16 strikeouts in 18 batters; also finished 3-for-4 at the plate with 2 RBI
Coach’s Quote: “Luke gave us an outstanding pitching performance,” Fairport coach Dan Wolf said. “So far this season in his three starts, he has 37 strikeouts.”

Name: Joey Torok
School: Kirtland
Grade: 12
Stats: Batted .455 (5-for-11) with 2 doubles, 1 triple, 5 runs scored, 4 RBI and 5 stolen bases
Coach’s Quote: “Joey is the spark that gets our offense started every game,” Kirtland coach Luke Smrdel said. “He has tons of speed, which most people know, but has also hit with a lot of power this year as well, which makes it even harder for other teams to game plan against him.”

Name: Madison Chapman
School: Berkshire
Grade: 12
Stats: Batted .667 (10-for-15) with 1 double, 1 triple, 4 home runs, 8 RBI and 9 runs scored and also threw out a runner attempting to steal to end a win against Pymatuning Valley
Coach’s Quote: “Maddie’s four-game performance was one of the best I’ve seen in my tenure of coaching,” Berkshire coach Dave List said.

Name: Mira DiPierro
School: Harvey
Grade: 9
Stats: Batted .500 (6-for-12) with 1 double, 1 triple, 1 home run, 6 RBI, 5 runs scored, 2 stolen bases and she hit .429 with runners in scoring position
Coach’s Quote: “Mira has been the catalyst on our offense,” Harvey coach Betsy Hada said. “She led our team to our first win since 2017 against St. John. She leads the team in extra base hits, RBI, total bases and batting average this week. She is not only a great hitter, she plays a tough hot corner. She is not intimidated by any opponent.”

Name: Caitlyn Henderson
School: Wickliffe
Grade: 11
Stats: Batted .538 (7-for-13) with 2 doubles, 4 RBI, 7 runs scored, 8 assists and 4 putouts
Coach’s Quote: “Caitlyn really stepped up as a leader last week by putting the bat on the ball and getting timely hits when we needed them,” Wickliffe coach Marlana Mucciarone said. “Defensively, she was solid, especially against Madison where seven of her 12 total chances fielding occurred for the week.”

Name: Sarah Piteo
School: Independence
Grade: 12
Stats: Batted .500 (5-for-10) with 2 doubles, 1 home run (school career record) and was 3-0 in the circle with 0 earned runs allowed, 0 walks and 7 strikeouts in 14 innings
Coach’s Quote: “She’s a hard worker who does the off-season work to get the in-season results,” Independence coach Garry Moore said.

Name: Brittany Podluzne
School: Geneva
Grade: 12
Stats: Batted .471 with 8 hits, 6 doubles, 2 walks, 4 stolen bases, 8 RBI, .824 slugging percentage and scored 7 runs; struck out 11 batters and allowed just 1 earned run in 10 innings (0.070 ERA)
Coach’s Quote: “Brittany’s performance from both the plate and the mound led our team this week,” Geneva coach Eleshia Pitcher said. “She has also been a great influence on our younger players this season. Whenever she steps on the mound or in the box, the entire team can count on her to come through for them.”

Name: Dakota Harvey
School: Geneva
Grade: 11
Stats: Set a new school record with a 22-foot, 4-inch long jump and cleared 6-feet, 1-inch to win the high jump at the Red Raider Relays and also helped the team finish second in the 4×200 and 4×400-meter relays
Coach’s Quote: “Dakota had a fantastic meet,” Geneva coach Emily Long said. “He broke the school record that was set in 1970.”

Name: Ashley Perryman
School: Beachwood
Grade: 11
Stats: Recorded a new school record long jump of 18-feet, 1 ½ inches to lead Beachwood to a Nordonia Knight Relays meet record and also ran the 100-meter dash in 12.32 seconds and competed in the 4×100-meter relay, which finished third
Coach’s Quote: “Ashley Perryman had an outstanding performance at the track meet on Saturday,” Beachwood coach Willie Smith said. “She is our team leader and captain and continues to set a great example for all of her teammates with both her leadership and performance among other things.”

Harvey rode a two-goal performance from Kevin Fonseca to a 2-0 non-conference win over host North in a Friday Night Futbol game at Nick Carter Stadium.

Berkshire’s girls’ soccer team lost an All-Ohioan but the Badgers aren’t dwelling on who isn’t returning this season.

Wickliffe has some big shoes to fill this fall but the Blue Devils certainly aren’t lacking in experience.
Load more