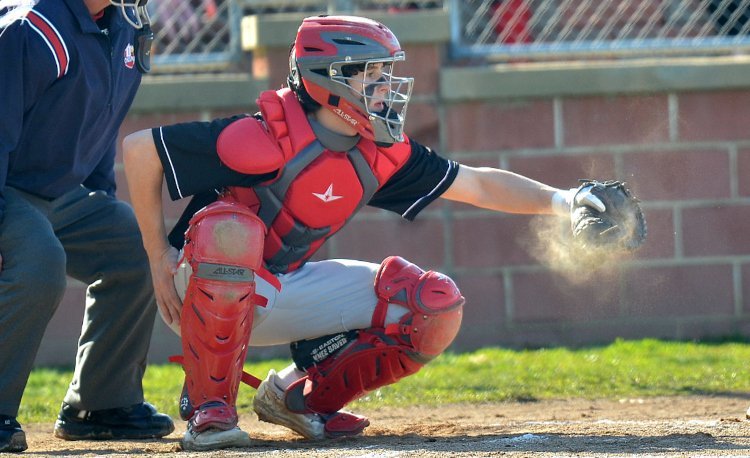 Each athlete was nominated by his or her coach. All statistics incurred from Monday, April 25, 2022 through Sunday, May 1, 2022. 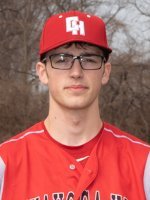 Name: Andy Domzalski
School: Cuyahoga Heights
Grade: 12
Stats: Batted .500 (7-for-14) with two doubles, two triples, and five RBI
Coach’s Quote: “After a slow start to the season, Andy has really come on strong lately swinging the bat,” said Cuyahoga Heights coach Matt Streicher. “Andy hit .500 over the course of four games last week including multiple extra-base hits. He has held down the fort at third base all year, but stepped up to play some first base and also made his first appearance on the mound since his freshman year because we were a little shorthanded due to pitch counts. Andy has been a tremendous, unselfish leader for us all season and it’s exciting to see him experience this recent stretch of success. We hope to see it continue these next few weeks as he finishes up his high school baseball career.” 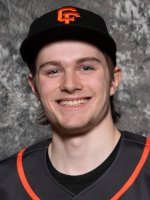 Name: Calvin Hill
School: Chagrin Falls
Grade: 12
Stats: Batted .529 (9-for-17) with a triple and two RBI
Coach’s Quote: “Calvin has been hitting well all season,” said Chagrin Falls coach Michael Sweeney. “It’s pretty amazing considering he hasn’t played since his freshman year. Not only has Calvin been one of our top hitters throughout the year, but he has also been tremendous defensively. He has made multiple diving catches and multiple catches where he chased the ball down in the gap.” 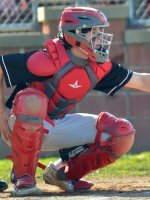 Name: Jonas Honeycutt
School: Crestwood
Grade: 11
Stats: Batted .700 (7-for-10) with three RBI, one run scored, two walks, three stolen bases, zero errors or passed balls, and he threw out two runners
Coach’s Quote: “Jonas had a stellar week for us, anchoring our offense in the three-hole and handling the pitching staff,” said Crestwood coach Chris Stanley. “He is a very good contact hitter with a good feel at the plate, a tough at-bat. As our catcher, he has called all the games and his game awareness has increased exponentially. He has worked hard to improve his blocking and keeping runners off the base paths and the results are proof of that. Jonas has a very high ceiling.” 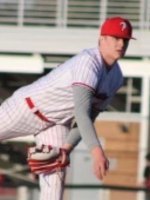 Name: Anthony Schultz
School: Perry
Grade: 12
Stats: Allowed four earned runs in 14 innings with an opponent batting average of .140, and allowed just one stolen base
Coach’s Quote: “Anthony had an incredible week on the mound for the Pirates,” said Perry coach Matt Platt. “He started by holding a very good Riverside team to only two runs in six innings of work at Classic Park. He then worked a scoreless inning of relief at Beachwood, which was pivotal in helping the team to manage pitching through an eight games in eight days stretch. He started the next game against Orange throwing a complete game, scattering four hits and allowing only two earned runs. Anthony Schultz’s big week led to the Pirates going 6-2 over those eight games.” 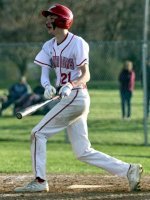 Name: Ben Welty
School: Edgewood
Grade: 12
Stats: Batted .375 with 10 runs scored and 11 stolen bases; won two games on the mound with six strikeouts in 6 1/3 innings of work with an ERA of 3.15
Coach’s Quote: “Ben was the perfect leadoff hitter for us this week setting the table for everyone else,” said Edgewood coach Jeff Barger. “He was on base more than half the time and scored 10 runs with 11 stolen bases in just four games. Bennie does it all for us too, he picked up two wins on the mound with a strikeout per inning. He’s my senior leader of a young team that can be relied on to do anything we ask.” 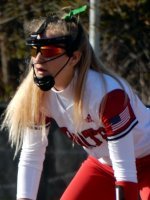 Name: Lilly Agostine
School: Perry
Grade: 11
Stats: Batted .615 with seven singles, one triple, four runs scored, two walks, three RBI, and 15 putouts at shortstop
Coach’s Quote: “Lilly is an incredibly hard worker and big contributor to the Pirates offense and covers a lot of ground on defense at shortstop,” said Perry coach Joe Medlen. “Lilly was highly determined to do well this year and is finding her groove at the right time. In between the lines, there is no one else you’d rather go to battle with, and off the field, there are not many people that are as caring as Lilly. We look forward to her making a big impact in the playoffs and showing her young teammates the intensity required to move on to the next round.” 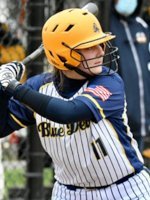 Name: Bryanna Butler
School: Wickliffe
Grade: 12
Stats: Batted .556 (5-for-9) with two doubles, five runs scored, two walks, and seven RBI
Coach’s Quote: “Bry has been one of the most consistent and reliable players on our team,” said Wickliffe coach Marlana Mucciarone. “She has that natural athleticism that allows her to make all the right cuts and turns needed to play an effective shortstop. At bat, she has been in the three-spot and provides us with the hits we need to move runners. She is leading our team with 22 RBI. Bry has really been doing a great job for us this year.” 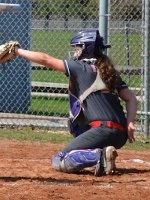 Name: Callia Holland
School: Hawken
Grade: 11
Stats: Batted .667 (8-for-12) with three doubles, two triples, one home run, and four walks
Coach’s Quote: “Callia had an exceptional week offensively,” said Hawken coach Cassie Bucceri. “Most notably, she hit for the cycle against divisional competition Chagrin Falls. She’s strong defensively behind the plate with her notable throws and ability to dig out balls in the dirt. Callia has an enthusiasm that’s contagious and she’s an exceptional leader to those around her.” 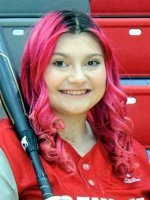 Name: Giana Logan
School: Geneva
Grade: 12
Stats: Batted .692 (9-for-13) with two doubles, eight RBI, three stolen bases, and an on-base percentage of .714
Coach’s Quote: “Giana has really worked hard this season and this week it all started to come together,” said Geneva coach Eleshia Pitcher. “Every time she stepped in the box we could count on her to drive the ball to the outfield and score some runs. She brings the energy to the team and has turned into a team leader.” 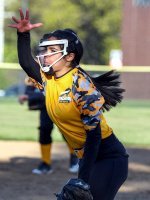 Name: Ari Preston
School: Beachwood
Grade: 10
Stats: Batted .700 (7-for-10) with two doubles, five runs scored, and seven RBI; also was 1-1 in the circle with a save and 15 strikeouts
Coach’s Quote: “Ari’s performance helped our team get two wins in three games,” said Beachwood coach Mike Coreno. “She earned a win and a save on the mound, striking out 15 while hitting .700 with seven RBI.” 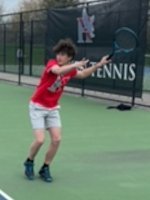 Name: Axel Neely
School: Hawken
Grade: 9
Stats: Won an Invitational at second singles and also won a dual match
Coach’s Quote: “Axel has been a great addition to our team this year,” said Hawken coach Brian Smallwood. “He is positive and very competitive, which helps during big matches.” 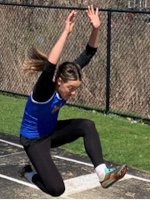 Name: Casey Adams
School: Independence
Grade: 10
Stats: Won first place in two events and third in two more at the Independence Invitational and took one first, two seconds, and a third at the Cuyahoga Heights Relays
Coach’s Quote: “Casey always comes to compete,” said Independence coach Jess Crooks. “She trains hard to achieve her results. We always see Casey working after practice. Casey is also committed to the team aspect of this sport. She’s always helping teammates and giving back to our middle school athletes.” 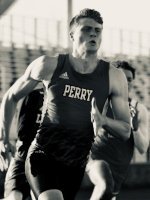 Name: Javin Richards
School: Perry
Grade: 12
Stats: Won all four of his events at the Harvey Invitational and the 110-meter hurdles and pole vault relay at the Mentor Cardinal Relays
Coach’s Quote: “Javin has been dominant all season in the hurdles and pole vault,” said Perry coach Layne Richards. “He had a phenomenal day at Harvey, and it was impressive to win the 110 hurdles the next day at Mentor. This type of back-to-back competition is getting him prepared for the postseason.” 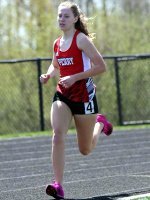 Name: Alyssa Vis
School: Perry
Grade: 12
Stats: Won the 800 and 4×800 and finished second in the 1600 at the Harvey Invitational
Coach’s Quote: “Alyssa continues to get better every week, continually working to improve on (Saturday’s) performance,” said Perry coach Layne Richards. “She is a very gifted runner.”