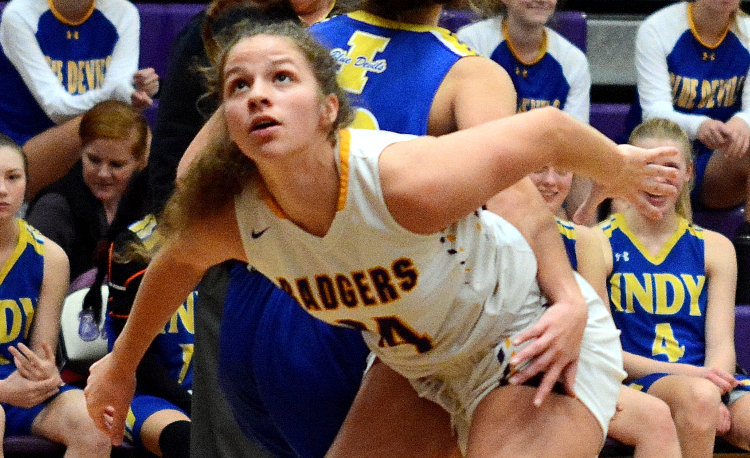 Athletes from Beachwood, Berkshire, Brooklyn, Harvey, Independence, Kirtland and West Geauga have been named the Chagrin Valley Conference Players of the Week.

All statistics incurred during the week beginning Jan. 6 and ending Jan. 12. 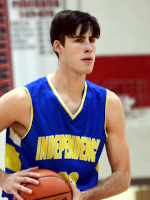 Name: Wyatt Flynn
School: Independence
Grade: 12
Stats: Averaged 16 points and 10 rebounds per game
Coach’s Quote: “Wyatt continues to be a force down low for us,” Independence coach Kyle Johnson said. “He does a great job of attacking the glass and finishing around the rim.” 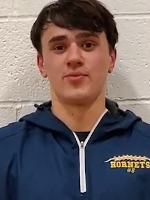 Name: Zach Samsa
School: Kirtland
Grade: 12
Stats: Average 19.7 points, 7.2 rebounds and shot 65.8-percent from the floor in three games
Coach’s Quote: “Zach’s leadership has been tremendous for us all year,” Kirtland coach Shawn McGregor said. “His unselfish, relentless approach on both ends of the floor has been the perfect example of what Kirtland Hornet basketball is all about.” 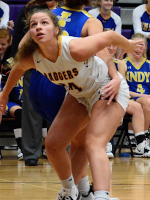 Name: Mollee Chapman
School: Berkshire
Grade: 11
Stats: Scored 13 points with 15 rebounds, four assists, three steals and two blocks
Coach’s Quote: “Mollee is finally starting to get into a groove on offense now that she isn’t slowed by her preseason injuries,” Berkshire coach James Bosley said. “She is doing the little things that don’t show up in stat columns. She is one of our best rebounders but she is also becoming a really good defender. I’m excited to see what the second half of the season has in store for her.” 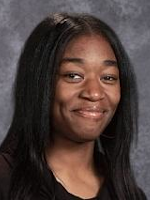 Name: Cynthia Grimes
School: Harvey
Grade: 12
Stats: Averaged 11.3 points, 5.6 rebounds and 5.3 steals per game
Coach’s Quote: “Cynthia Grimes is the catalyst of our team,” Harvey coach Jerimie Acree said. “She’s a hybrid player on both ends of the floor who plays bigger than she physically is. We ask her to facilitate our offense at times, guard the opponent’s best player all while playing 28 or more minutes. It’s a joy to coach Cynthia and I truly believe the best is yet to come.” 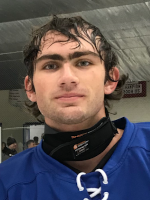 Name: Aaron Wrost
School: Brooklyn
Grade: 12
Stats: Scored four goals with one assist in two games
Coach’s Quote: “Aaron Wrost scored a goal and assisted on another in a 7-2 lost to Orange,” Brooklyn coach Mike Wrost said. “In a 9-3 loss to Lakewood, Aaron scored all three of the team’s goals. Aaron is a defenseman and plays all 45 minutes of the game, rarely leaving the ice during play. Aaron has scored a goal in each league game played this year. His endurance and team leadership on the ice is unheralded.” 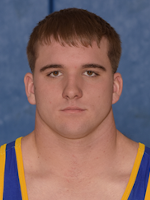 Name: Luke Clymer
School: Independence
Grade: 12
Stats: Finished 5-0 at the Southside Duals with two pins
Coach’s Quote: “Luke had a great weekend going 5-0 and defeating a Division II state-ranked kid,” Independence coach Ken DeAngelis said. “He’s one of the highest character athletes I’ve ever coached. It’s really easy to point to Luke as a model of how to be a student-athlete for all my younger athletes. He’s had an outstanding career as a two-time district qualifier, CVC champion, and he’s won 114 matches up to this point.” 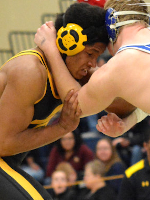 Name: Elijah Durham-Harris
School: Beachwood
Grade: 12
Stats: Finished first at the Columbia Invitational with three pins; is 20-5 on the year with 18 falls
Coach’s Quote: “Elijah really did a great job here in Columbia Station,” Beachwood coach Jimmy Greenwood said. “He was aggressive and looked to score from all positions.”

Name: Josh Moriarty
School: West Geauga
Grade: 12
Stats: Went 5-0 with four pins at the Revere Duals
Coach’s Quote: “He bumped up a weight to 182 pounds and pinned a very good opponent that proved to be pivotal in securing the dual meet win against Tuslaw,” West Geauga coach Ben Stehura said. “Josh has been having a good season, but this weekend he really stepped it up for the team and beat some very quality opponents.”