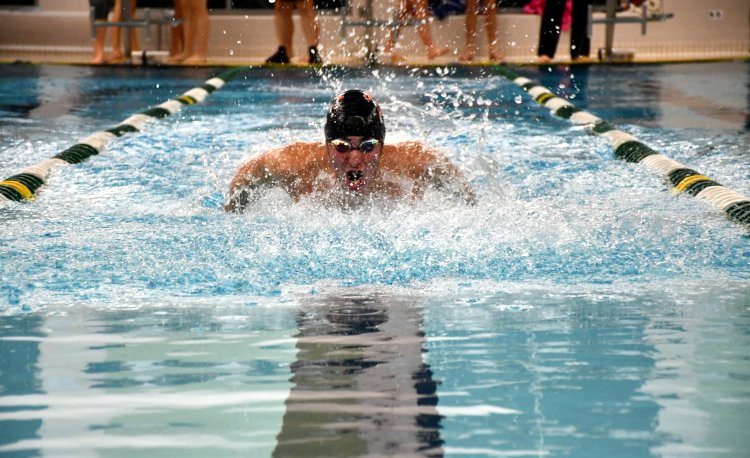 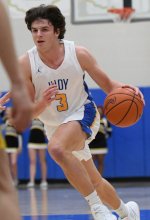 Name: Kyle Zygmunt
School: Independence
Grade: 12
Stats: Averaged 26 points, eight rebounds, and six steals in two games
Coach’s Quote: “Kyle had a very productive week against two tough opponents,” said Independence coach Kyle Johnson. “He shot the ball extremely well including 13-of-14 from the free throw line. Also, his 12 steals on the defensive end led to many transition opportunities for our team. Kyle continues to be our leader on both ends of the floor. His maturity and poise have trickled down and affected the rest of our team in a very positive way.” 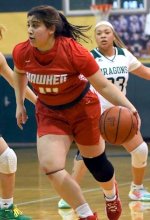 Name: Maya Dori
School: Hawken
Grade: 12
Stats: Averaged 10 points, three rebounds, two steals, and 2.7 3-pointers per game
Coach’s Quote: “Maya had big performances last week in three tough CVC games,” said Hawken coach David Murray. “Her outside shooting helped to catalyze our offense and she quarterbacked our defense. Maya is a consummate leader on and off the court and it is impossible to fully capture what she means to our team.” 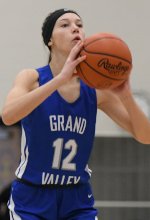 Name: Carly James
School: Grand Valley
Grade: 11
Stats: Averaged 17 points, five rebounds, three assists, and three steals per game
Coach’s Quote: “Carly has been an offensive spark the last couple of weeks by her outside shooting and then going to the bucket,” said Grand Valley coach Bob McKinney. “Her looking for the open girl and playing better defense is always a key to her success and the team’s.” 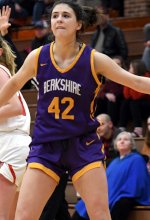 Name: Hayley Stoddard
School: Berkshire
Grade: 10
Stats: Scored 20 points with 19 rebounds, two assists, two steals, and two blocks while shooting 63-percent from the floor
Coach’s Quote: “Hayley had two really strong games last week and has made steady progress as the season has gone on,” said Berkshire coach James Bosley. “She doesn’t play like a sophomore at all, and is becoming a really strong rebounder.” 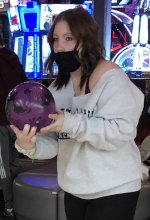 Name: Mackenzie Horky
School: Cuyahoga Heights
Grade: 11
Stats: Bowled games of 146, 175, 166, 177, 217, 178, and 191
Coach’s Quote: “Kenzie has continually proven herself to be a focused, disciplined athlete,” said Cuyahoga Heights coach Barb Cellura. “Her consistent performance has sparked her teammates in the spirit of competitiveness to push each other to always strive for their very best.” 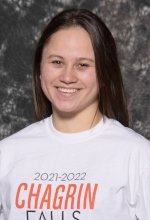 Name: Madi Machado
School: Chagrin Falls
Grade: 11
Stats: Won the 200 individual medley and 100 breaststroke at the CVC championships and also won the 200 and 500 freestyle in a mid-week dual
Coach’s Quote: “I am excited to see what the end of the season brings for Madi,” said Chagrin Falls coach Beth Sonnhalter. “She is very determined and a great leader for our team.” 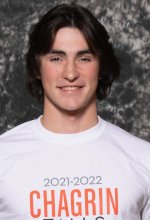 Name: Bobby Munz
School: Chagrin Falls
Grade: 12
Stats: Won the CVC title in both the 50 and 100 freestyle and also won the 200 individual medley and 500 freestyle in a mid-week dual
Coach’s Quote: “Bobby was an integral part of our CVC championship with his two individual wins,” said Chagrin Falls coach Beth Sonnhalter. “I am excited to see what he does in the postseason.” 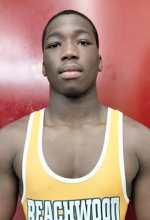 Name: Uzonna Nzekwe
School: Beachwood
Grade: 11
Stats: Won the Lee Kemp Invitational with a 5-0 record; is 27-0 on the season
Coach’s Quote: “Uzonna has been wrestling extremely well,” said Beachwood coach Jimmy Greenwood. “His work ethic and desire to improve was on full display this weekend in winning the Lee Kemp Invitational championship with five pins. I am excited to see him reach and exceed all of his season goals.” 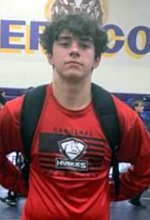 Name: Josh Ripley
School: Cardinal
Grade: 11
Stats: Returned from injury and is 10-4 with seven pins
Coach’s Quote: “Josh made a strong comeback from an injury that has kept him out for a couple of weeks,” said Cardinal coach Jeff Zeigler. “He is an extremely talented wrestler who moves very well. He works really hard in the room.” 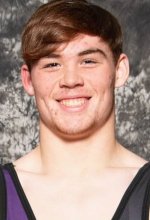 Name: Lucas Stoddard
School: Berkshire
Grade: 12
Stats: Went 5-0 with five pins to win the Berkshire Battle for the Belt while tying the school record for wins in a career
Coach’s Quote: “Lucas won The Battle for the Belt by winning all five of his matches by pin and only wrestled a total of five minutes and 39 seconds,” said Berkshire assistant coach Jesse DeWeese. “By winning his fifth match, he tied the school record for career wins with 146.”