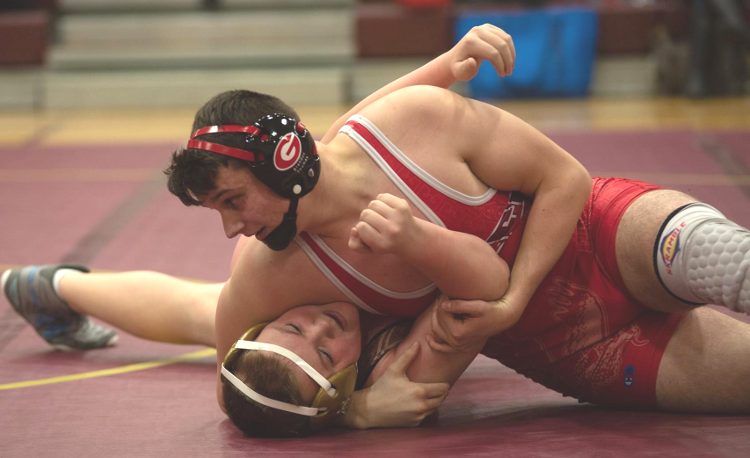 Athletes from Berkshire, Chagrin Falls, Geneva, Independence, Kirtland and Orange have been named the Chagrin Valley Conference Players of the Week for the week ending January 27.

Name: Seann McGill
School: Kirtland
Grade: 12
Stats: Scored 19 points with 23 rebounds, 4 blocks and 4 steals in two games
Coach’s Quote: “Seann has been solid for us all year long and is working hard to be a great overall player,” Kirtland coach Shawn McGregor said.

Name: Lexi Boyk
School: Berkshire
Grade: 11
Stats: Scored 22 points with 6 rebounds, 6 assists and 14 steals in three games and drained a last-second 3-pointer to force double overtime against Cuyahoga Heights
Coach’s Quote: “Lexi hit the 3 to force the second overtime on Wednesday,” Berkshire coach James Bosley said. “It was just her stepping up when we needed a play. She is one of our leaders because of her defense. She’s averaging close to five steals a game and that’s just because she is relentless on the defensive end.”

Name: Lauren Snyder
School: Kirtland
Grade: 11
Stats: Scored 28 points with 6 steals, 6 assists, 6 rebounds and a blocked shot in two games
Coach’s Quote: “Lauren is a very coachable young lady,” Kirtland coach Bob Bell said. “She puts the team first and has a great floor sense. She tries to involve every single member of the team when she’s out there on the floor and she’s a great competitor. She’s got such a competitive spirit.”

Name: Riley Wilson
School: Independence
Grade: 11
Stats: Scored 38 points with 16 rebounds and 9 steals in two wins
Coach’s Quote: “Riley has been a steady force all year,” Independence coach Mike Marcinko said. “This week was no different as she led the way in practice and on game day.”

Name: Luke Clymer
School: Independence
Grade: 11
Stats: Won the 220-pound championship at the CVC Championships with a 3-0 record and three pins
Coach’s Quote: “Luke had an outstanding tournament winning his second straight CVC title,” Independence coach Ken DeAngelis said. “Luke went 3-0 with three pins spending a total of three minutes and 31 seconds on the mat. He’s a great kid who continues to work hard. He’s a team leader on and off the mat and sets a great example for our younger guys to follow.”

Name: Brandon Thomas
School: Geneva
Grade: 11
Stats: Won the 195-pound championship at the CVC tournament with a 3-0 record and three pins
Coach’s Quote: “After suffering a knee injury during football season that led to surgery, Brandon was told he wouldn’t be able to wrestle this year,” Geneva coach Chris Stamper said. “He worked hard on his rehab and was able to make it back in time to pin his way to the CVC championship. He’s an inspiration to the entire team.”

Name: Henry Woofter
School: Chagrin Falls
Grade: 12
Stats: Recorded three pins to win the 285-pound championship at the CVC Wrestling Tournament
Coach’s Quote: “Henry was completely dominant in a championship performance that will be hard to beat,” Chagrin Falls coach Peter Cimoroni said. “He pinned his way to the crown with three wins in less than four minutes combined. Henry’s leadership and quiet confidence has sent a message through his team and school on what can be accomplished with hard work, dedication and doing things right. He is on a good path and is showing the way to his entire team. We are fortunate to have such a fine young man as our team captain.”