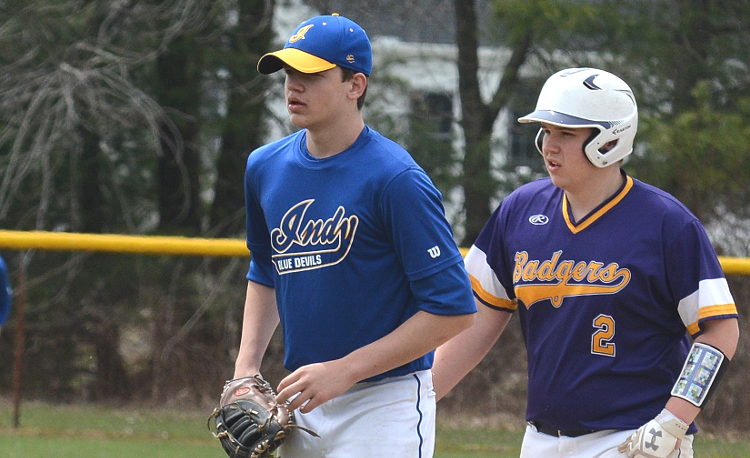 Independence junior Jamie McMahon has long dreamed of an opportunity to play Division I college baseball and he’ll get that chance after verbally committing to the University of Toledo on Sunday.

“It’s difficult working for years towards a Division I scholarship, not knowing where, when, or even if it would come,” McMahon said. “It feels fantastic to have those questions answered. It gives me a definite sense of direction and some peace of mind. It’s awesome to know where I’m going after high school.”

The Rockets first noticed McMahon during his summer season with the Lake Erie Warhawks and officially began recruiting him this past fall.

McMahon visited the school over the weekend and nearly committed on the spot. Instead, he waited until the end of the visit to make his decision.

“My visit on Saturday was exciting, yet comfortable,” he said. “Although I thought of committing that night, I wanted to sleep on it and see if I had the same excitement as the previous day. I committed Sunday morning. The coaching staff was just as fired up as I was.”

McMahon, who is interested in studying business or engineering in college, will provide the Rockets with a powerful, left-handed arm on the mound.

“Jamie has all the tools that they look for in a pitcher,” Independence coach Mark Echstenkamper said. “He’s a lefty, 6-foot-2, he’s got long arms and long legs and good velocity. He’s got all the tools and Toledo was impressed with him.”

On the mound, McMahon overwhelms hitters with his 85-mile an hour fastball and keeps them off balance with a 12-6 curveball and wicked changeup.

Echstenkamper believes McMahon could add even more velocity by the team he finishes his high school career.

“With his body, he’s getting stronger and he’s only a junior,” Echstenkamper said. “I’m expecting him to be at 90-plus by the beginning of next year.”

With his college decision out of the way, McMahon can now focus on the next two seasons of high school ball and to help the Blue Devils compete for a Chagrin Valley Conference championship and a deep run in the postseason.

“It takes a huge weight off which will allow me to focus on getting stronger, my mechanics, and my academics while not worrying about the recruiting process,” he said.