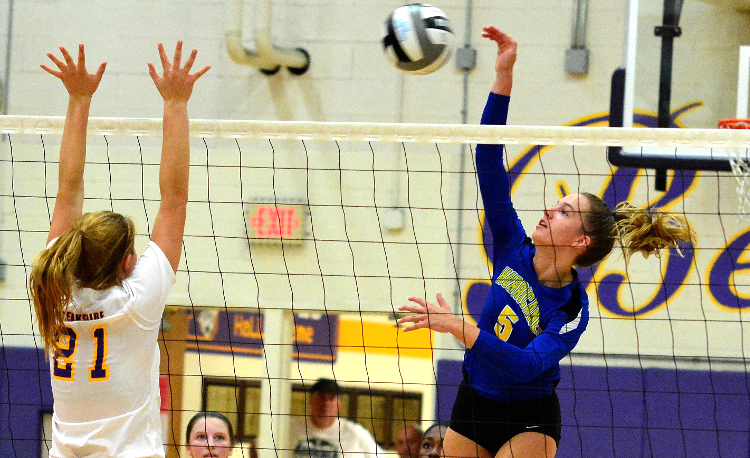 All statistics incurred during the week beginning Sept. 2 and ending Sept. 8. 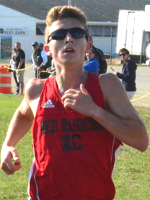 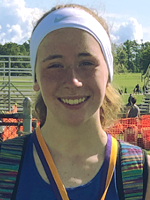 Name: Annabell Hlebak
School: Grand Valley
Grade: 10
Stats: Placed third at the Grand Valley Quad and ninth at the Raw Sweeney Invitational with a time of 24:59 on a hilly course
Coach’s Quote: “Annabell is having a strong sophomore year,” Grand Valley coach Kurtis Fisher said. “She is putting herself in lead packs and running with confidence. She is improving every time she runs.” 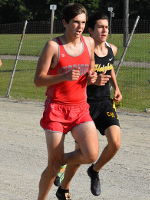 Name: Griffin Obermiyer
School: Edgewood
Grade: 11
Stats: Finished second at the Red Dragon Invitational in New York with a time of 17:31
Coach’s Quote: “Griffin has grown into a strong runner who has potential to even get stronger,” Edgewood coach Steve Hill said. “He had a great race Saturday being in the front group from start to finish.” 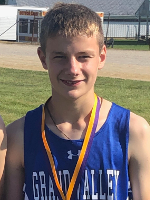 Name: David Steimle
School: Grand Valley
Grade: 9
Stats: Placed second at the Grand Valley Quad and fourth at the Ray Sweeney Invitational with a time of 18:37 on a hilly course
Coach’s Quote: “David is starting off his high school career very well by placing in the top of every meet he has run in,” Grand Valley coach Kurtis Fisher said. “He is setting himself up for great things this year.” 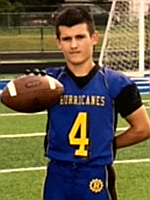 Name: Brandon Jakubecz
School: Brooklyn
Grade: 12
Stats: Carried 20 times for 157 yards and scored four touchdowns
Coach’s Quote: “Brandon carried the heavy lifting for the Hurricane offense with 157 yards on 20 carries and scoring four TDs in our home-opening win versus East Tech,” Brooklyn coach Sean Belveal said. “Brandon never went down on first contact and was breaking through tackles all night. He scored four TDs, one in the first, one in the second, and two in the third quarter putting the game away for the Hurricanes. Brandon’s senior leadership with a young team was instrumental in the Hurricanes win on Friday night. He also had four solo tackles and three assists on defense from his outside linebacker position on Friday.” 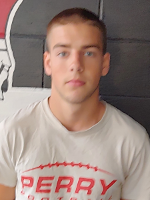 Name: Drew Schiano
School: Perry
Grade: 12
Stats: Completed 22-of-25 passes for 346 yards and three touchdowns and ran for 30 yards and another score
Coach’s Quote: “Drew showed he can also run with his 15-yard TD on a quarterback ISO with a few nifty moves with 5:31 left in the third quarter for our final score of the night to put us up 31-7,” Perry coach Matt Rosati said. 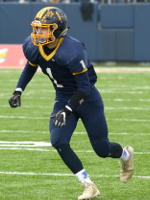 Name: Mason Sullivan
School: Kirtland
Grade: 10
Stats: Carried 25 times for 177 yards and two touchdowns and recorded five tackles in a win over Riverside
Coach’s Quote: “Mason had a terrific game against Riverside on both sides of the ball,” Kirtland coach Tiger LaVerde said. 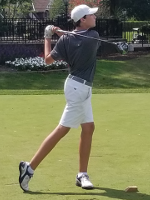 Name: Winston Breeden
School: Chagrin Falls
Grade: 12
Stats: Finished sixth at the Hoban Invitational with a 76; medaled in two CVC matches with a 41 and a 38
Coach’s Quote: “Winston Breeden’s performance was solid and consistent in a very short, busy week of golf,” Chagrin Falls coach Anne Caja said. “He led his team in scoring in all three events. In a non-conference invitational tournament, hosted by Archbishop Hoban at Portage Country Club, which included strong Division I teams from throughout the state, Winston individually placed sixth with a score of 76. During our two CVC conference matches, he was the medalist and instrumental in the team’s two victories. In five of the last six CVC matches Chagrin has played, Winston Breeden has been medalist with a scoring average of 39.2. We are looking forward to his strong and consistent play as we head into the postseason.” 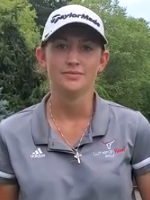 Name: Tyler Banyasz
School: Kirtland
Grade: 12
Stats: Recorded eight saves and two shutouts against Division I opponents
Coach’s Quote: “Tyler made four spectacular saves the past two games at important times,” Kirtland coach John Valentic said. “If not for his saves, the momentum could have easily swung in our opponents’ favor. He’s been solid and consistent in each game, but this past week he’s been extra special.” 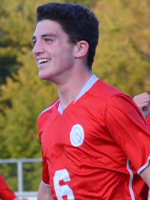 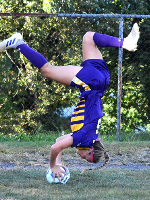 Name: Lexi Boyk
School: Berkshire
Grade: 12
Stats: Scored two goals in two matches and also converted three extra-point attempts in Berkshire’s football win over Fairport Harding
Coach’s Quote: “Most have heard her name for her soccer career but this is her first year ever trying to kick for the football team,” Berkshire coach Ian Patterson said. “She’s a rare athlete and she excels in everything she does.” 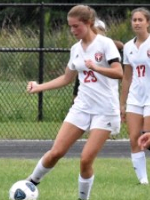 Name: Kelly Owens
School: Lutheran West
Grade: 11
Stats: Recorded 12 interceptions and six tackles
Coach’s Quote: “Kelly Owens anchored the defense as we controlled play against a gritty Cuyahoga Heights counterattack,” Lutheran West coach Josh Campbell said. “She’s understanding and reading the game like a first-team all-conference player. Her growth as a leader, technically and tactically, and her ability to anticipate play from the sweeper position has made our team better.” 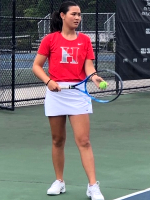 Name: Eliana Yang
School: Hawken
Grade: 9
Stats: Finished 3-0 on the week
Coach’s Quote: “Eliana has secured the first spot for the Hawken Hawks this season and has held her own thus far during the season with a record of 6-5, however, last week she had some big wins and was undefeated for the week as she played Beachwood, WRA, and Shaker,” Hawken coach Brian Smallwood said. “I’m very proud of her ability to close matches and her intensity that she brings to the team. She is truly a team player.” 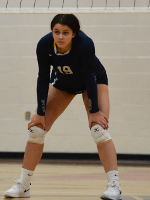 Name: Stella DeJohn
School: Kirtland
Grade: 10
Stats: Recorded 27 kills, 10 blocks, three aces and eight digs in leading the Hornets to wins over Berkshire and Cardinal in the same season for the first time since 2011
Coach’s Quote: “Stella was big for us in our game against Cardinal,” Kirtland coach Arlayna Newcomer said. “She had seven kills in the first nine points of game five. She was able to rise to the occasion and lead us to a big win on Thursday.” 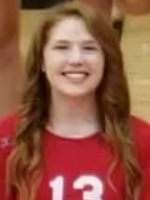 Name: Jordan Vencill
School: Geneva
Grade: 12
Stats: Recorded 43 kills in wins over Perry and Riverside
Coach’s Quote: “Jordan has been playing her heart out,” Geneva coach Annah Haeseler said. “Jordan is our team captain and on the court leader. Her calm, cool, positive attitude is what sets her apart. She strives to do her best and what is best for the team. I can’t wait to see what the future holds for this young lady.” 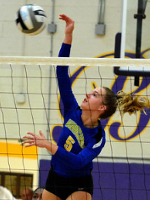 Name: Jaden Walz
School: Brooklyn
Grade: 12
Stats: Recorded 12 service aces, 25 points, 58 kills, 48 digs and 22 assists
Coach’s Quote: “Jaden Walz continued to dominate in our last three matches this week and she is a true leader on this young varsity team and leads by example both on and off the court,” Brooklyn coach Debbie Hall said. “She continues to dominate offensively and this week she earned 58 kills as well as had a 13 point serving run with seven aces against Valley Forge to take us to the win; not to mention accumulating 48 digs and a total of 12 serving aces for the week. Even after the devastating loss against No. 1 Independence, Jaden continued to power through as well as tried to motivate the rest of the team. She is the driving force in our 7-2 record this season.”