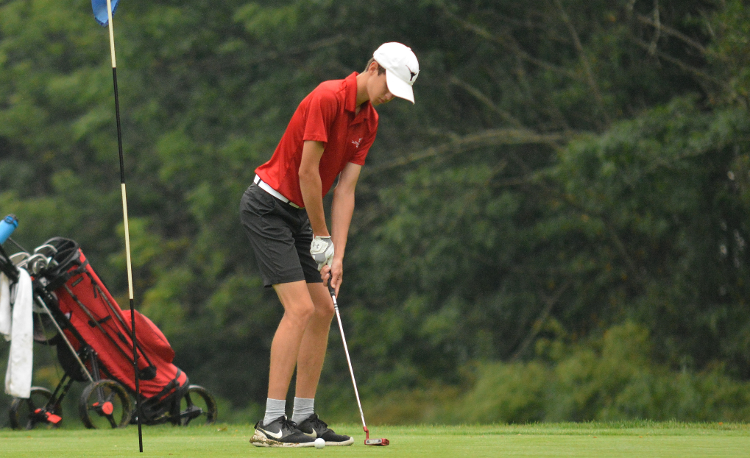 The Longhorns, who finished first in the league’s preseason tournament, improved to 11-1 overall and 10-0 in league play.

“I was happy with the way they played today,” Lutheran West coach Dale Lehrke said. “We put up our second-best score at Red Tail. The greens were playing difficult, but the guys stayed with it and kept their composure.”

Jakob Gross led the Longhorns with a 42. Tyler Robinson and Cameron Wandrie both shot 43 and Tyler West rounded out the scoring with a 44.

“These four led the team to this victory that clinched the championship in the Metro Division,” Lehrke said. “We are looking forward to playing Quail Hollow on Monday in the CVC tournament championship.”

Lutheran West kicks off the postseason on Monday at the CVC postseason tournament at Quail Hollow Golf Course.