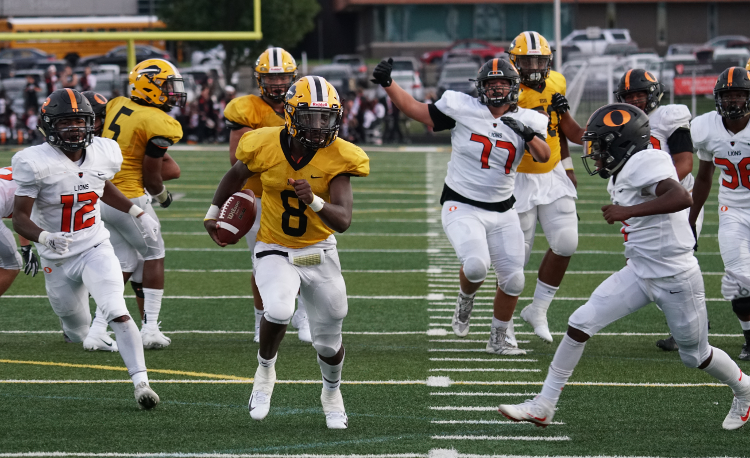 Athletes from Beachwood, Brooklyn, Edgewood, Fairport, Geneva, Independence, Kirtland and West Geauga have been named the Chagrin Valley Conference Players of the Week.

All statistics incurred during the week beginning Aug. 26 and ending August Sept. 1. 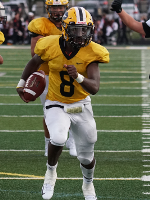 Name: Desmond Horne, Jr.
School: Beachwood
Grade: 11
Stats: Carried the ball 15 times for 128 yards with one touchdown and completed 5-of-7 passes for 64 yards and another score
Coach’s Quote: “Being Desmond’s first start as a quarterback was instrumental in our win over our rival (Orange),” Beachwood coach Damion Creel said. “We broke an 11-year losing streak against that school.” 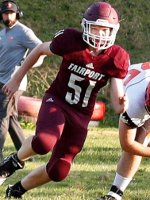 Name: Dominic Knesebeck
School: Fairport Harding
Grade: 11
Stats: Recovered two fumbles, blocked a field goal and returned it 83 yards for a touchdown, recorded four tackles and blocked for an offense that racked up 228 yards on the ground and 155 through the air
Coach’s Quote: “This week was a great team win with a lot of contributors, however, Dominic’s performance stood above the rest with his two fumble recoveries,” Fairport coach Cameron Ruff said. “One play, in particular, was his effort on a field goal that he blocked, recovered the ball, and raced 83 yards to score as the clock expired in the first half. Overall, Dominic played outstanding in all three phases of the game. He has put a lot of time and effort into his development the past several years in the weight room and we saw the positive results of his work ethic come to life in a big way in helping this team win our Week 1 game.” 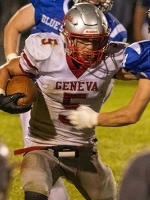 Name: Blake Peet
School: Geneva
Grade: 12
Stats: Carried 13 times for 167 yards and one score; caught two passes for 47 yards and recorded seven tackles, including one for a loss, and defended a pass
Coach’s Quote: “Blake was a beast and took the game over when we needed it most,” Geneva coach Chip Sorber said. 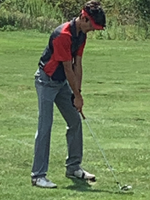 Name: Ryan Green
School: Edgewood
Grade: 12
Stats: Shot a 35 in a match against Geneva
Coach’s Quote: “For the fourth match in a row, Ryan has shot a 35,” Edgewood coach Chris Juncker said. “This is especially impressive because he has done it not only at his home course but at other courses as well. I believe Ryan is well on his way to being prepared for a great postseason performance.” 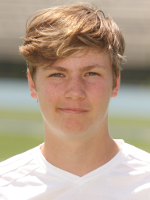 Name: Casey McGhee
School: Independence
Grade: 10
Stats: Scored two goals with three assists in a pair of wins
Coach’s Quote: “Casey has really grown as a central mid and has been a great compliment to senior Elek McDonald in the middle,” Independence coach Ryan MacRaild said. “He can play wide or inside, distributes well and serves a good ball on set pieces. As a sophomore, he has great potential for years to come.” 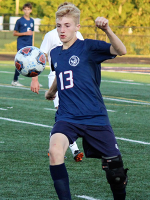 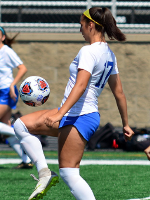 Name: Riccela DiGeronimo
School: Independence
Grade: 11
Stats: Scored four goals and led to another in three games
Coach’s Quote: “Riccela finally began playing dominating soccer,” Independence coach Bryan Less said. “For long stretches in each game, she was the best player on the field. Three of her four goals were shots from over 20 yards out and when she makes these she is almost unstoppable. She is also shredding defenses with through passes to the outside and inside, showing her increase in field vision.” 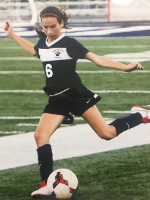 Name: Rae Ehrbar
School: West Geauga
Grade: 10
Stats: Recorded three assists in a win over Padua and a goal and an assist in a win over Orange
Coach’s Quote: “Rae has a great ability to involve her teammates in the attack and maintain possession in our most critical part of the field,” West Geauga coach Kori Jesenovec said. “Her work rate on both sides of the ball is one of the best on the team and has been a large contributor to our success so far this season.” 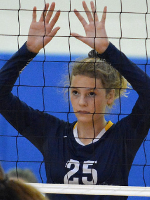 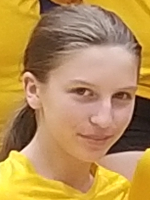 Name: Aubrey Kaminskie
School: Brooklyn
Grade: 10
Stats: Recorded 17 points, one ace, 35 digs and two assists
Coach’s Quote: “Aubrey Kaminskie is our varsity libero this year,” Brooklyn coach Debbie Hall said. “She might be small but she is mighty and has taken on the main defensive role with fierce competitiveness even as a sophomore. Her quickness and ability to get to the ball continue to help set up our offense.” 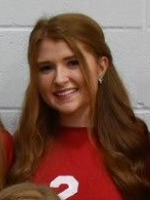 Name: Lauren Wright
School: Geneva
Grade: 12
Stats: Recorded eight aces and four digs in two matches
Coach’s Quote: “I want to recognize Lauren for her hard work in the gym this offseason,” Geneva coach Annah Haeseler said. “Lauren tore her ACL in May 2018 and was out all of last season and in August of this season injured her back. Last week, she returned to play. She has been through a lot but hasn’t let her injuries slow down her work ethic. I am proud of how she has come into her senior season with drive, teamwork, sportsmanship and enthusiasm. Her hard work and team spirit have not been unnoticed.”