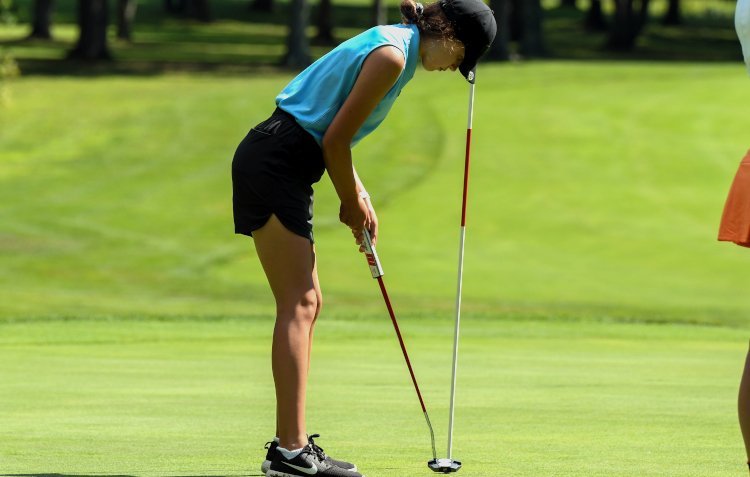 Each athlete was nominated by his or her coach. All statistics incurred from Monday, August 29, 2022 through Sunday, September 4, 2022. 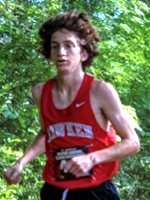 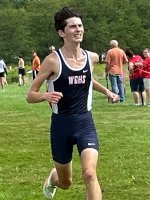 Name: Matthew Dienes
School: West Geauga
Grade: 11
Stats: Finished second at the Avon Lake Early Bird Invitational with a time of 17:04
Coach’s Quote: “Matthew practices hard and races even harder,” said West Geauga coach John Boylan. “He has incredible drive and is committed to improving each and every race. He is well-liked and respected by his teammates and has a great sense of humor. According to Matt, nothing is impossible.” 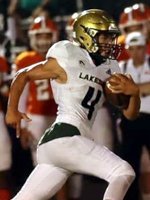 Name: Angelo Collazo
School: Lakeside
Grade: 12
Stats: Recorded five solo tackles, six assists, two pass breakups, and he picked off a pair of passes in a 26-0 win at North
Coach’s Quote: “Since his freshman year, Angelo has been instrumental in our program’s turnaround,” said Lakeside coach Buzz Edwards. “He works extremely hard and has a nose for the football. Last week’s performance is a testament to his effort in the classroom, at practice, in the weight room, and on the game field.” 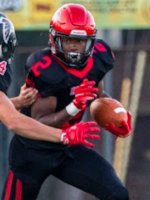 Name: Blaise Collins
School: Harvey
Grade: 12
Stats: Carried 15 times for 175 yards and two touchdowns
Coach’s Quote: “Blaise Collins led our rushing attack in our first win of the season against the Wickliffe Blue Devils,” said Harvey coach Mick Mohner. “Blaise finished the game with 175 yards on the ground, which included touchdowns of six and 64 yards. Through the first three games, Blaise has rushed for a total of 322 yards and four TDs. He currently holds offers from Lake Erie College and Wheeling University. He is a first-class young man, a 3.0 student, and a tireless worker.” 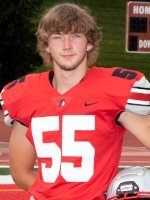 Name: Caleb Mahoney
School: Cuyahoga Heights
Grade: 12
Stats: Recorded five tackles, including three solo stops, one quarterback sack, and he recovered a fumble in the end zone for a touchdown
Coach’s Quote: “Caleb is a two-way starter for us and a big reason we are off to a good start this year,” said Cuyahoga Heights coach Al Martin. “He makes big plays on defense, plays center on offense, and snaps on punts.” 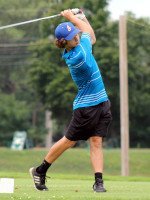 Name: Sam Coddington
School: Independence
Grade: 12
Stats: Shot a one-under-par 35 in a win over Lutheran West
Coach’s Quote: “Sam has a knack for making shots in trouble spots and getting pars when needed,” said Independence coach Ryan MacRaild. “He has great potential to help this team in the state tournament.” 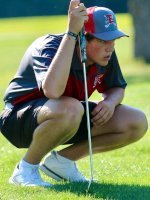 Name: Jimmy Johnston
School: Edgewood
Grade: 12
Stats: Shot a 38 and a 44 in two conference wins
Coach’s Quote: “Jimmy is a great senior leader that helped us to two big wins this week to keep us undefeated in the CVC,” said Edgewood coach Jeff Barger. “He is as steady of a golfer you could hope for as a coach.” 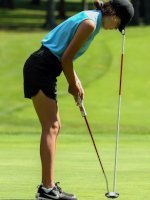 Name: Hillary Esper
School: Independence
Grade: 12
Stats: Shot a 39 against Orange and a 38 against rival Cuyahoga Heights
Coach’s Quote: “Hillary has been our most consistent player this year,” said Independence coach Karl Schuld. “She had a phenomenal week posting two scores under 40. What is most amazing is that she did not golf until her sophomore year. She has worked extremely hard on all facets of her game.” 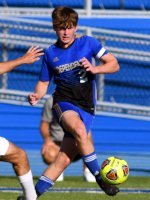 Name: Sam Eisenmann
School: Independence
Grade: 12
Stats: Scored three goals in a win over rival Cuyahoga Heights
Coach’s Quote: “Sam Eisenmann came up big in our two games this week,” said Independence coach Brien McDonald. “His hat trick against cross-town conference rival Cuyahoga Heights put the game away, while simultaneously shutting down their main attacker. We improved to 2-0 in the conference. Against Open Door, Sam shifted his focus to defense and helped the Independence Blue Devils earn their fourth shutout and win of the season. Overall, a solid week of play for Sam.” 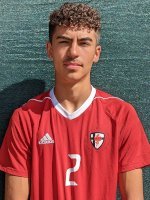 Name: Mason Haffa
School: Harvey
Grade: 11
Stats: Played key role on defense in 2-0 shutout of Orange
Coach’s Quote: “Mason Haffa has transitioned these last few weeks from defender to center defensive mid,” said Harvey coach Natalie Sisler. “He has really stepped up and been able to shut down opponents’ midfielders defensively. Haffa was able to help aid in the shut out of Orange this past week along with helping to push the pace offensively to edge Harvey to a 2-0 win over Orange.” 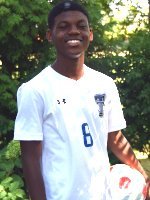 Name: Azaan Johnson
School: Trinity
Grade: 11
Stats: Scored two goals with two assists
Coach’s Quote: “Azaan led from the front in our first CVC win since joining the conference,” said Trinity coach Dominic Buttari. “His ability to score was something he showcased a little for us last year but I am really impressed with how he has improved when it comes to getting his teammates involved. I am excited to see him continue to grow as the season goes on.” 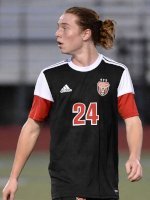 Name: Braden Lamb
School: Lutheran West
Grade: 12
Stats: Scored four goals with three assists in two matches
Coach’s Quote: “Braden had an amazing week and proves every game why he is one of the area’s top players,” said Lutheran West coach Joseph Jovanovski. “Outside of his four goals and three assists, he generated so much offense for us that doesn’t show up on the stat sheet, not to mention he’s always working back defensively. He is a joy to coach and is really making a huge impact early in the season.” 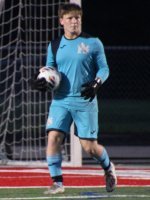 Name: Parker Stusek
School: Hawken
Grade: 10
Stats: Recorded eight saves in one match and earned a shutout in another
Coach’s Quote: “Parker had two outstanding performances in goal for the Hawks,” said Hawken coach Vlad Muresan. “He kept a clean sheet against Chagrin, while organizing his defense to allow very few shots. On Saturday against a very talented University School team, Parker made some incredible point-blank saves to keep us in the game and help us come away with a 2-2 draw.” 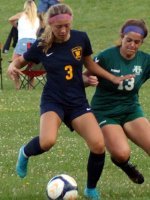 Name: Eliza Wills
School: Wickliffe
Grade: 11
Stats: Scored five goals with one assist
Coach’s Quote: “Eliza played a vital role in our 2-0-0 week, scoring three goals against Edgewood with an assist and two goals in a comeback victory against Lutheran West,” said Wickliffe coach Steve Gribovicz. “Eliza’s been instrumental in leading our tactical vision and setting the tempo in the middle of the field.” 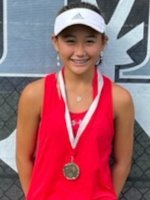 Name: Bella Hsieh
School: Hawken
Grade: 10
Stats: Won three out of four matches during the week
Coach’s Quote: “Bella clinched our match against Solon this past week, playing second singles for the Hawks, winning her match knowing that it was the deciding match,” said Hawken coach Brian Smallwood. “Bella also racked up wins as first singles against Beachwood and first doubles against Gilmour. Bella’s confidence has been climbing and it is great to see her close out matches this season.” 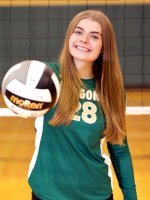 Name: Halle Chase
School: Lakeside
Grade: 12
Stats: Recorded 21 kills with a .388 hitting percentage and 18 service aces
Coach’s Quote: “Halle stepped up in a big way last week in the Geneva match and recorded 14 aces against Brush,” said Lakeside coach Justin Sanford. “She is the kind of player every coach loves to have in their gym. Her leadership and work ethic are invaluable to the team.” 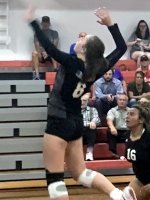 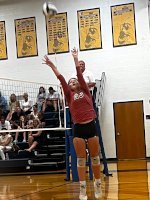