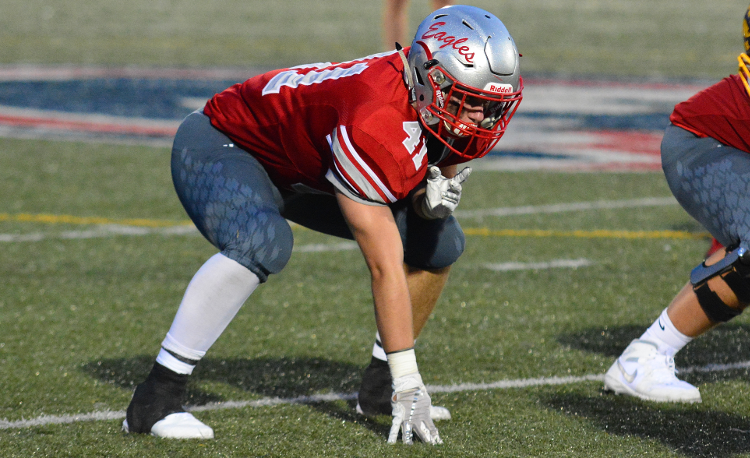 Week five of the 2019 season saw some big-time individual performances as well as some dominating team wins.

Here’s a look at how each of the Chagrin Valley Conference teams fared on Friday.

Kendyn Wiggins scored on touchdown runs of 49 and 12 yards as he finished the night with 110 yards on just eight carries to lead Beachwood to the win. Willtrell Hartson also ran for 100-plus yards in the game. Independence’s scoring plays included a Casey McGhee 23-yard field goal and a five-yard pass from Michael Tommer to Ryan Zygmunt.

Berkshire played without standout running back Ryan Pennypacker but the Badgers didn’t skip a beat as they turned to the arm of Jacob Brown, who completed 4-of-7 passes for 204 yards and three touchdowns. Blake Jenkins caught two of those passes for 122 yards and two scores and Hunter Gifford hauled in a scoring pass of 78 yards. Grand Valley’s Trevor Meeker ran for 101 yards on 17 carries.

The Tigers used a 24-point first quarter to take control of the Dragons. Dawson Pierce completed 14-of-17 passes for 165 yards and two scores to lead the Chagrin Falls offense. J’Shon Sanders led Lakeside with 71 yards on 18 carries and he scored a touchdown.

In the first meeting since 2004 between the old MAC-8 schools, the Redskins scored 29 first-quarter points to put away the Hurricanes. Kyle Polack, Sam Shafer, Jordan Stefanko and Austin Knaack all scored touchdowns during that span. Stefanko added a pick-six in the second quarter to close out the scoring.

Forget soaring, these Eagles took to the ground in a convincing win over Edgewood. Geneva ran for 418 yards on 31 carries. It was the second straight week the Eagles ran for over 400 yards in a game. Blake Peet led the way with 149 yards on 10 carries and Vinny Varckette added 145 yards and two scores on six carries. Charles Taylor also ran for 115 yards and two touchdowns on just eight carries. Edgewood’s Zach Winchell completed 14-of-33 passes for 139 yards.

Perry scored the first 42 points of the game in cruising to a fifth straight win. Drew Schiano threw for 393 yards and four touchdowns and Devon Holbert and Anthony Rosati both accumulated more than 100 yards receiving while Jaylen Anderson ran for 64 yards and caught four passes for 86 yards. Jaden Debevec led Harvey with 90 yards of total offense.

Ian Anderson threw two touchdown passes to Dominic Blackstock and he also scored on a 37-yard run to lead the Trojans past the Skippers. Cody Paugh led Fairport with 93 rushing yards and two touchdowns on 23 carries.

West Geauga scored all 25 points of its first half while Orange rallied for 13 in the fourth quarter but the Wolverines held on for the win.