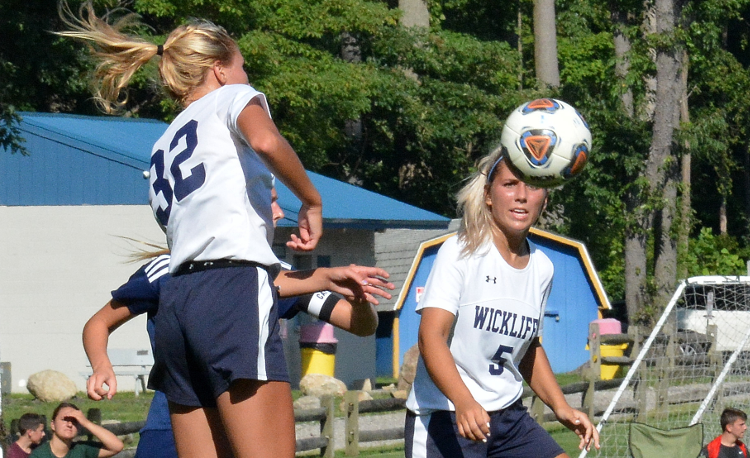 Mia Welms and Jaina Buttari both scored goals to lead Wickliffe to a 2-1 nonconference win at South on Saturday.

The Blue Devils, who improved to 7-3-3 overall, played well as a team in one of its final tune-ups for the postseason.

“The team played hard in this game, really getting back to what has served us well in years past,” Wickliffe coach Steve Gribovicz said. “The goals came within the flow of the game and were built on connecting passes using the whole field.”

“I think the first goal was a real confidence boost that helped give us momentum,” Gribovicz said. “The defense and midfield had a few nice string passes to get the ball upfield and Morgan Gabriel sent in a beautiful cross from the right sideline to Mia Welms who finished it with a header in front of goal.”

Buttari and South’s Katie Mann both scored goals in the second half. Jaime Orndoff set up Buttari’s goal.

With the win, the Blue Devils closed out a busy two-week stretch with four wins and a lot of confidence heading down the stretch.

“This was a big win as we finished off our three-game week at 2-0-1 and our busiest stretch in the season of six games in 13 days at 4-1-1,” Gribovicz said. “We are beginning to play some of our best soccer of the season the past two games, so hopefully it continues to get better into October to finish off the season and lead us into the playoffs playing at a high level.”