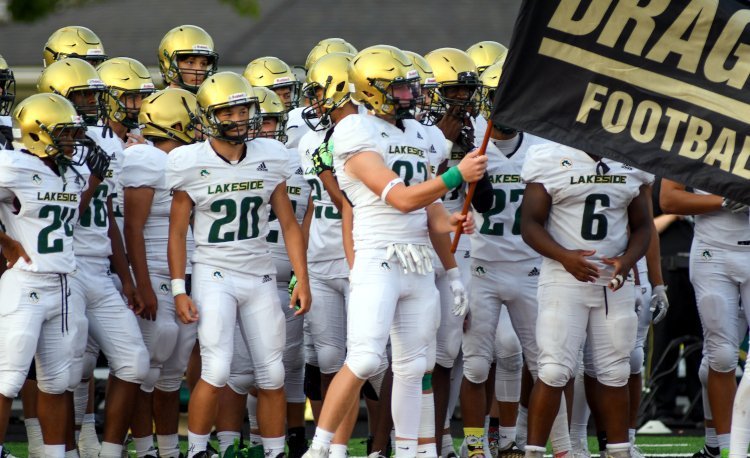 Kirtland sits atop the Chagrin Division standings with a 4-0 record. The Hornets can clinch a share of the title with a win at Lakeside on Friday and a loss by Perry and Geneva, but it’s more likely that this division will be settled in Week 9 or Week 10.

The Hornets travel to Edgewood in Week 9 and close out the regular season at home against Orange. With a tie-breaker advantage over both Perry and Geneva, who are 3-1 entering Week 8, the Hornets need to win just two of their remaining three games to win the league title.

Kirtland’s magic number is reduced with any loss by either Perry or Geneva, who meet in Week 9.

For Perry or Geneva to win the league title, they’ll need to win out and root for Kirtland to lose two of its last three games.

Lakeside and Edgewood both are 2-2 and Chagrin Falls and West Geauga both sit at 1-3 and are not mathematically eliminated from winning the league title, but they’ll need a lot of help to enter the championship discussion.

The Metro Division will be settled in Cuyahoga Heights on Friday.

The winner of the game between the Red Wolves and Lutheran West will win the conference title as both teams are 3-0 with just one conference game remaining after Friday.

Each of the four remaining Metro Division teams has two losses, meaning the winner of tonight’s showdown between Cuyahoga Heights and Lutheran West will finish the season with no more than one conference loss.

The Valley Division is the trickiest of the bunch as both Harvey and Hawken enter Week 8 with 3-0 records. The Red Raiders and Hawks will meet in a potential Week 9 division championship game, depending on what happens in Week 8.

If both Harvey and Hawken win on Friday, that Week 9 showdown will be for all the marbles. A stumble by either team in Week 8 leaves the door open for Berkshire (2-1) to sneak through.

The Badgers need a lot of help to keep alive their league title hopes. Berkshire lost to Hawken last week, so the Badgers will have to win out and they need Harvey to knock off the Hawks in Week 9 to earn a share of the league title. Harvey will have to lose both of its remaining conference games and Hawken has to lose two of its last three for Berkshire to have a chance to win the title outright.

Cardinal (2-2), Crestwood (1-2), and Beachwood (0-2) aren’t mathematically eliminated for winning the league title, but they’ll need to move mountains to make it happen.