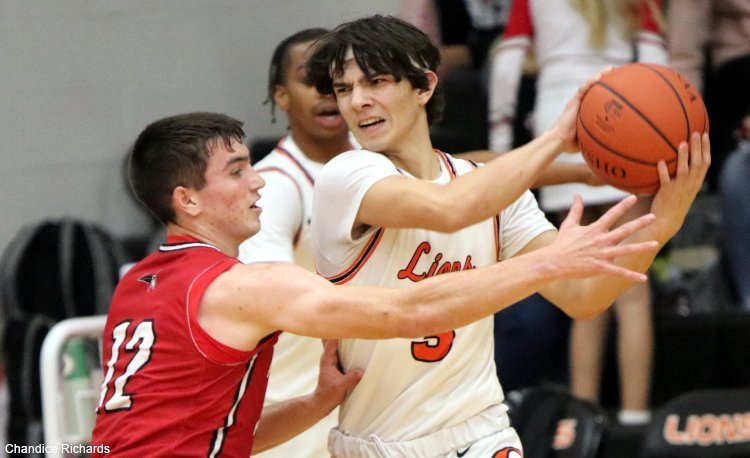 Drama ruled the day for Chagrin Valley Conference basketball teams on Saturday, at least for Chagrin Falls and Independence.

Chagrin Falls rallied back from a double-digit deficit in the fourth quarter to ground the Eagles.

“Our guys did a great job tonight of not giving in to the adversity,” said Chagrin Falls coach Dave Bargar. “Being down 12 late in the fourth, it would have been real easy to accept defeat but they battled the entire time and willed themselves to the win.”

Chagrin Falls amped up its defensive pressure in the fourth quarter to create more offensive opportunities.

That move paid dividends as the Tigers completed the remarkable come-from-behind victory.

“We created some turnovers when we pressed in the fourth and were able to convert them into points. Our defensive intensity certainly increased as we started to mount our comeback,” Bargar said. “We talk about making winning plays all the time and tonight we were able to do that in the last two minutes.”

James Kosmides posted a double-double for the Tigers with 11 points and 13 rebounds. He also added five assists and six blocked shots.

“Anytime you can have a dramatic comeback win, it gives your team more confidence in the future,” Bargar said. “We didn’t play extremely well the first 3 1/2 quarters but were able to find a way to win in the end. Hopefully, we can continue to build on that momentum.”

Anthony Kosicek led Geneva with 17 points and Luke Barbo and Luke Smith also scored in double figures for the Eagles with 15 and 11 points, respectively.

“Geneva is a young team learning how to win,” Bargar said. “We have a more veteran team that has been through the tough situations at this level and I think that played a part of the win tonight.”

When it comes to dramatic finishes, it will be hard to top Independence’s 53-52 win over visiting Wickliffe.

After missing on a chance for a game-winning shot with less than a minute to play, Sam Crooks earned a second chance a few moments later and delivered a clutch free throw with no time left on the clock to earn the Blue Devils their first win of the season.

Crooks missed a jump shot but Independence forced a turnover and with just .5 seconds left on the clock, Joey Jirmasek found Crooks with an inbound pass. Crooks then turned to the hoop and was fouled on his delivery as the buzzer rang out.

Crooks led the Blue Devils with 15 points and Rocco Ressler also scored in double figures with 10 points. Joey Jirmasek finished with nine, and Matty Jirmasek and Landon Jatsek both contributed with eight points.

Lutheran West improved to 9-1 with a dominating win over visiting Berkshire.

Trailing 9-3 early in the first, the Longhorns found their footing an outscored the Badgers, 69-28, the rest of the way.

Jayson Lewis scored 18 points to pace the Longhorns and Shamari Richard and Derek Fairley each contributed to the win with nine points.

Jake Cubbison scored the 1,000th point of his career to lead Perry to a 70-60 road win at Orange.

Cubbison scored a game-high 30 points on the night to add an exclamation point to his accomplishment.

Owen Tomasic also scored in double figures for the Pirates with 11 points.

Beachwood won its seventh straight game with an 87-62 victory over Harvey.

Page finished with 11 points while Kesselman and Jones contributed with 11 and 10.

Armani Hall and Dez Thomas scored 17 and 16 points, respectively, for the Red Raiders.

A back-and-forth affair finished in the home team’s favor as Cuyahoga Heights held off a game Crestwood team, 59-53.

Nate Biggers score 22 points to lead the Red Wolves and Braylan McClardy added 12. Kaelib Graaf and Cade Davies finished with 11 and 10 points each.

Kirtland’s bid for a win at Division I Eastlake North fell short thanks to the Rangers surging in the second half.

The Hornets held a 26-21 lead before North’s Nate Tadiello hit a jump shot just before the first-half buzzer and then he scored the first four points of the second half to spark the Rangers.