CVC teams 4-for-4 in district finals round 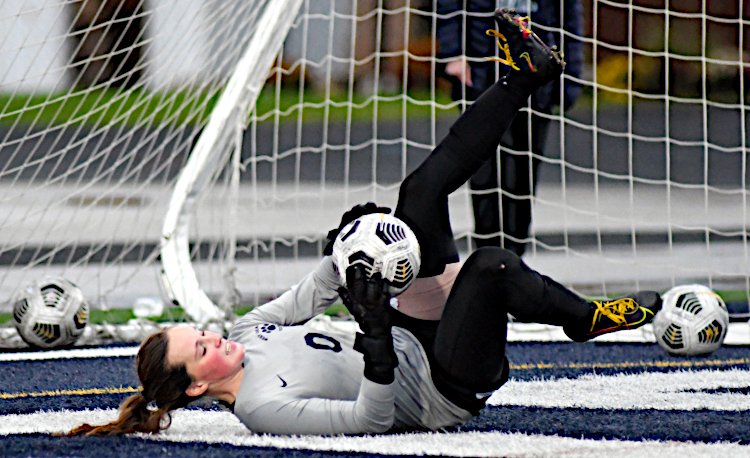 Berkshire defeated Rootstown, 4-1, in a Division III District championship game and will play Kirtland in the Sweet 16. The Hornets knocked off West Salem Northwestern, 3-0.

The Badgers improved to 14-3-3 with their win over the Rovers and won the district title for the second consecutive season.

Summer Larch scored twice and recorded a pair of assists in the win while Jordyn Wichert and Alyssa Lawson each found the back of the net once and Brooke Ruchalski contributed with an assist. Sarah Wendl finished the game with three saves.

Erika Zschuppe recorded two goals and an assist in the win while Reilly Greenlee scored once and assisted on both of Zschuppe’s goals.

Berkshire and Kirtland met during the regular season with the Sept. 21 game ending in a 2-2 draw.

West Geauga will play Copley (14-2-4) in Tuesday’s regional semifinals at a time and location to be determined.

Kate Bartlett’s seventh goal of the season in overtime lifted Chagrin Falls to a 1-0 win over Revere in another Division II District championship game.

The Tigers, who improved to 14-3-2, will face neighborhood rival Kenston in Tuesday’s regional semifinals. Kenston and Chagrin Falls played to a 2-2 deadlock back on Sept. 25.