Three from CVC to play for district title 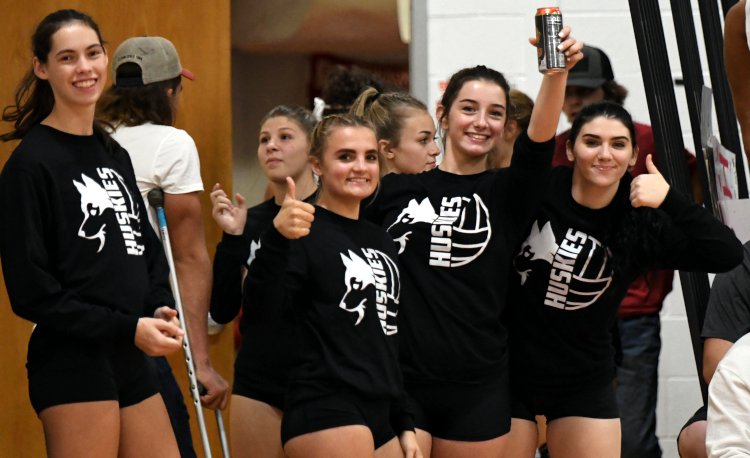 Three Chagrin Valley Conference volleyball teams will play for a district championship on Saturday following their wins in Wednesday’s semifinals.

Independence, the defending Division III state runner-up, knocked off Chippewa, 3-0, and will play Canton Central Catholic for the Elyria District championship at 1:00 p.m. on Saturday.

Independence will play for its fifth straight district championship.

Kirtland, who opened the season with a loss at Independence, has now won 23 straight matches after sweeping LaBrae in a Division III Medina District semifinal. The Hornets won 25-14, 25-18, 25-17.

Katie Reynolds spread the wealth as she finished the match with 34 assists. Nina Loncar and Natalie Glowe both contributed with 11 kills and Ava Golem posted a team-high 17 digs.

The second-seeded Hornets seek their second straight district title against No. 4 Garfield on Saturday at 1:00.

Cardinal, who improved to 19-4, advanced to play No. 1 Crestview in the championship match on Saturday at Grand Valley.

Perry closed out its season with a 19-6 record after a 3-1 loss to NDCL in a Division II Jefferson District semifinal.

Harvey’s boys’ soccer team saw its tournament run come to an end with a 1-0 loss at University School on Wednesday.

The Red Raiders finished the year with a 16-4 record.

On Thursday, four CVC girls’ soccer teams hope to win a district championship and earn a spot in the Sweet 16.

In Division III, Berkshire will play Rootstown in the Girard District championship while Kirtland travels to Strongsville to face West Salem Northwestern.

Chagrin Falls and West Geauga both will play in Division II District championships. The Tigers will play Revere at Cuyahoga Valley Christian Academy and the Wolverines will play Streetsboro on the blue turf at Ravenna.