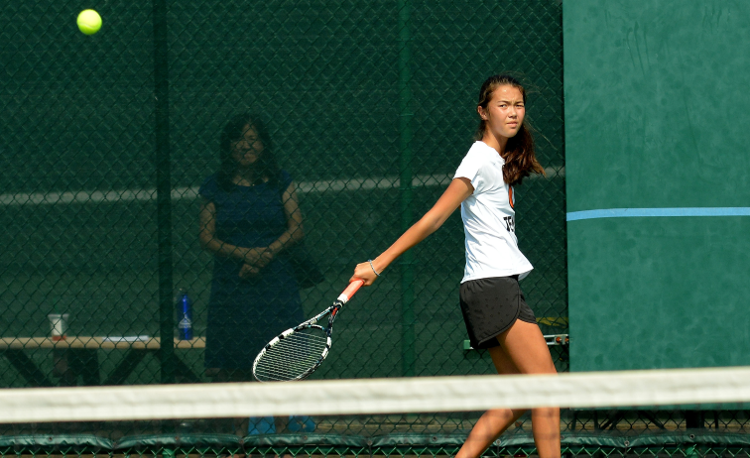 The 2019 OHSAA state tennis tournament opened play at the Lindner Family Tennis Center in Mason on Friday and all three Chagrin Valley Conference singles players won their first round match.

If Hanford and Nwaozuzu both win, they’d face each other in the state tournament for the second straight year.

Orange freshman made the most of her first appearance at the state tournament with a 6-1, 6-2 win over Toledo Central Catholic’s Ellie Hire. She’ll face defending state champion Nicole Gillinov of Hathaway Brown in the second round.

Hanford advanced to the semifinals for the second straight year with a 6-2, 6-1 win over Kader. She’ll face Ratliff, who defeated Nwaozuzu, 6-2, 7-5. Hanford and Ratliff met in last year’s semifinals with Ratliff winning 6-3, 6-0 on her way to a second-place finish.