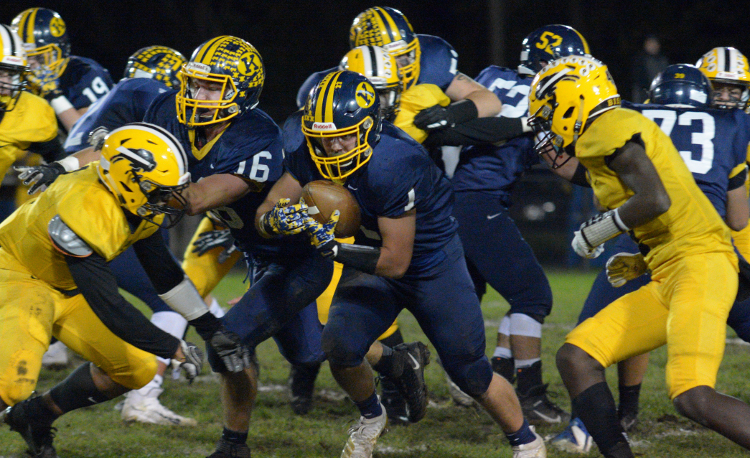 KIRTLAND—Beachwood scored twice as many points as Kirtland has allowed all season but it wasn’t nearly enough as the Hornets improved to 8-0 with a 49-14 win over the visiting Bison on Friday.

Mason Sullivan carried 22 times for 242 yards and scored six touchdowns in the win.

Beachwood’s Dawann Gray opened the third quarter with a 53-yard touchdown run to score the first points on the Hornets since Riverside finished with seven in a Week 2 contest. Kirtland’s defense hadn’t allowed a point in 23 straight quarters.

Sullivan answered with a 59-yard touchdown run and nearly had his second long scoring run of the night but was brought down after a 56-yard run and Luke Gardner punched it in from the one to push Kirtland’s lead to 42-7.

Sullivan closed out his night with a 9-yard touchdown run early in the fourth quarter.

Beachwood’s Ashton Pugh scored on a 6-yard run late in the fourth.

Kirtland outgained Beachwood, 402-228, with 345 of those cards coming via the ground game. The Hornets averaged over eight yards per carry.

Gray ran for 87 yards on 10 carries to lead Beachwood’s offense.