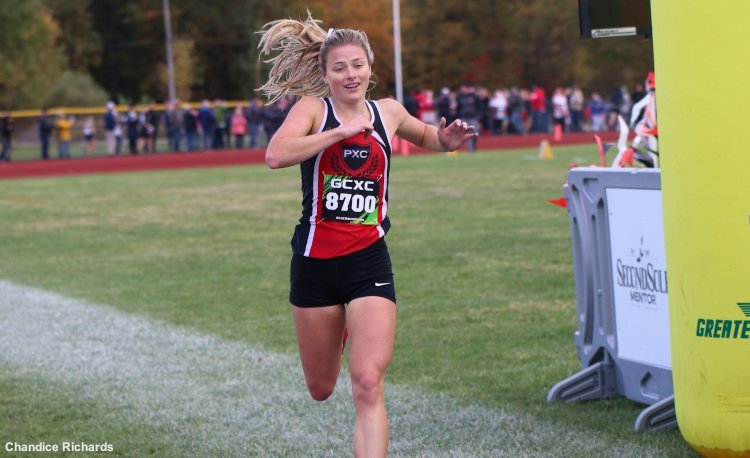 Perry and Kirtland outran the field at the 2022 Chagrin Valley Conference cross country championships at Cardinal High School on Saturday.

The Pirates scored 34 points to win the Chagrin Division title while Geneva finished second with 51. Kirtland won its third straight Valley Division crown with 41 points. Crestwood was second with 54.

McKoon was one of six Pirates who finished among the top 20 runners.

Geneva used its depth to earn the runner-up finish.

West Geauga and Geneva both had one runner place among the top 20.

Taylor Deets led the Wolverines with a fifth-place finish in 19:55 and Leah Kler paced the Tigers. She finished 17th in 22:17.

Grand Valley’s Anna Steimle claimed the Valley Division individual title with a time of 20:04, but Kirtland’s depth proved valuable for the Hornets in the team race.

Led by Ainsley Borthwick, the Hornets had three runners finish among the top five and five in the top 20.

Wickliffe’s Markalla Tumbry finished as the Valley Division runner-up with a time of 20:17. Teammate Tori Stiles also finished among the top 20 as she placed 14th in 22:33.