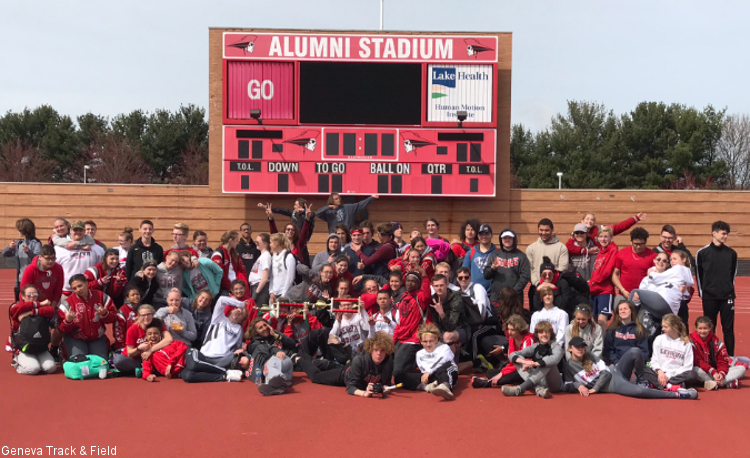 Geneva earned a clean sweep on Saturday at the Gene Kobus Relays at Perry High School.

“It is always great to win the championship, but for the girls and boys both winning makes it even more special,” Geneva coach Emily Long said. “They work together and encourage each other every day at practice so you think it shows when they go out to compete and helps keep our motivation and momentum going throughout the meet.”

Geneva got off to a great start thanks to the efforts of freshman Gabbi Selman, junior Hope Stanley, junior Dakota Harvey and sophomore Charlie Taylor winning their respective field events.

“It really helped that we came out of field events with four first-place finishes,” Long said. “The momentum just carried on.”

Geneva’s 4×1600-meter team of Joe Dewey, Jacob Mirabell, Zack Reese and Forrest Long started off the running events with a win and a new school record of 19:19.

“The relays are fun,” Coach Long said. “It helps bond the team together. We are looking forward to staying healthy and dialing in some kids on some individual events and keeping our core relays strong.”

Other event winners from the Chagrin Valley Conference included: