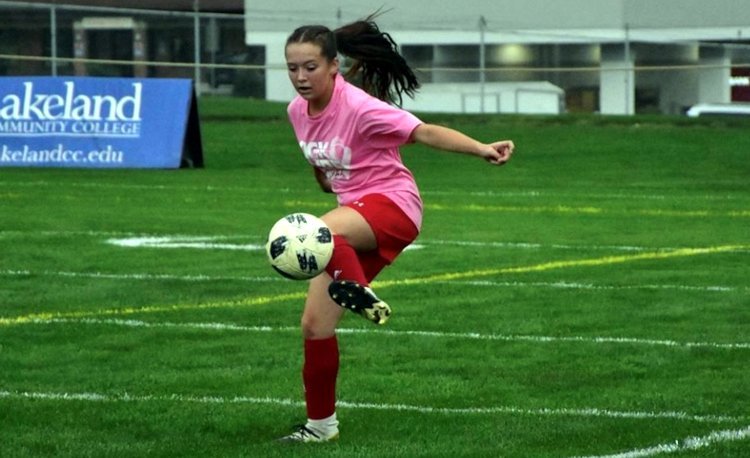 The Warriors, who finished 3-11 overall last season, have plenty of challenges to overcome in order to achieve their goals, but they are optimistic and eager to see what they can accomplish.

“With seven returning starters, we are hoping to build on experience and improve our win total,” said first-year head coach Kaytee Shimek. “We also have a close-knit team that can thrive on team chemistry, which can ultimately help to build success for our team. This year, we have an entirely new coaching staff. Different styles of coaching from previous years are a hurdle we are hoping to overcome quickly and effectively.”

To do that, Shimek has her squad focused on the fundamentals and finding the perfect fit for each player.

She’ll also rely on her seniors and their experience to set the tone for the season.

“Bri is an intense player. She has a very strong defensive vision,” Shimek said. “Tori is always willing to learn and grow her skills in the sport.”

Senior goalkeeper Victoria Weaver recorded 78 saves last year on the way to being named the team’s MVP and a first-team All-CVC performer.

“Victoria is an all-around leader,” Shimek said. “She never stops and gives 100-percent. She has amazing field vision.”