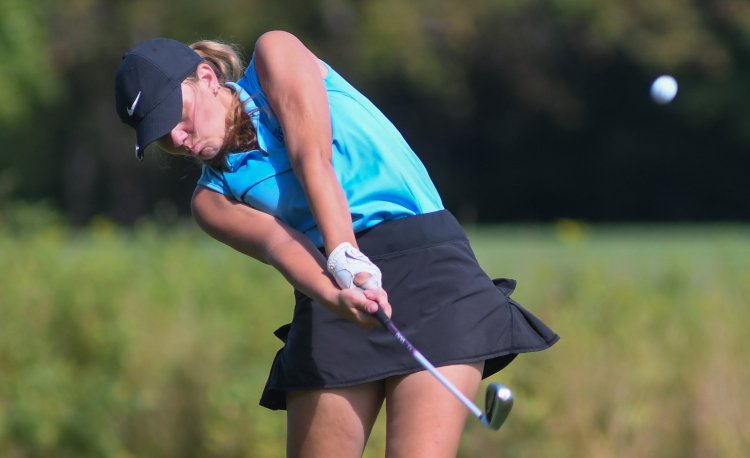 CHESTERLAND—Independence posted the top five scores in earning a tri-match sweep over Chagrin Falls and Orange at Fowler’s Mill Golf Course on Wednesday.

The Blue Devils finished with 171 strokes while Chagrin Falls was second with 204 and Orange closed out the match with a score of 256.

Independence’s Emma Konopa claimed medalist honors with a match-low 41. Teammates Molly McGreal and Hillary Esper both carded a 43 and Kate Coljohn closed out the scoring with a 44. Adrian Buyansky finished with a 45 to round out the top five scores at the match. Bel Trombetta also competed for the Blue Devils and shot a 50.

Sam Holtz led Chagrin Falls with a team-low 48. Molly Fischer and Ellie Conrad both shot 51 and Marley Gabriel closed out the scoring with a 54.

Orange’s top scorer was Tessa Kemelhar, who finished with a 55.