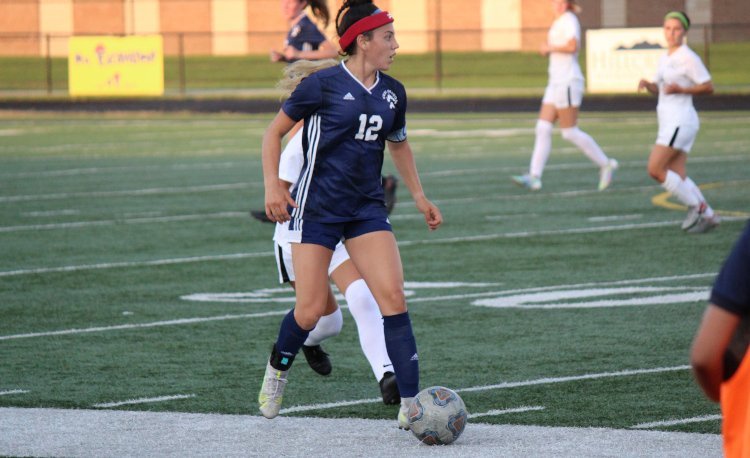 West Geauga returns nine starters from last season’s team that made a run to the Division II regional finals.

Not only are the Wolverines talented and experienced, but they’re also extremely motivated following a disappointing loss to eventual state champion Chagrin Falls in the Elite Eight.

“This year’s team has great potential as we are returning nine starters from last year’s regional final team,” said West Geauga coach Kori Jesenovec. “I look forward to watching the leadership of this team grow and develop this season.”

The Wolverines, who finished the 2021 season 11-4-6 overall and 2-0-2 in the Chagrin Valley Conference Chagrin Division, do have to replace a key place from last year’s squad, and their success hinges on the team’s ability to compete from whistle to whistle.

“We will have a composure gap since we graduated Rae Ehrbar last year. She helped keep the team composed from the back with her soccer knowledge and leadership,” Jesenovec said. “Our success this year will be largely dependent on our consistency from the beginning to the end of the match. We have the potential to create and stop impressive attacks but we need to be able to manage that for the entire 80 minutes.”

West Geauga’s attack is one of the most potent in the area, if not the state.

Flesher enters the season with 56 goals and 17 assists to her credit.

“Frankee will make a huge impact wherever she plays on the field for us this year,” Jesenovec said. “Her athleticism, speed, and grit will give our team multiple options to choose from this season.”

Three seniors in the midfield will allow the Wolverines to control possession and push the ball up to Flesher to finish off.

“Megan’s athleticism, fitness, and ball-winning ability will be a large threat to opposing team’s defensive units,” Jesenovec said. “As a captain this year, Megan will be able to help lead her team through another winning season.”

“I’m extremely excited to watch Holly’s senior season and witness how she will combine everything she has learned over her career and bring that to the field this fall,” Jesenovec said. “She has a large underclassmen group that looks up to her and seeing the legacy she will leave for them is going to be fun.”

“Zoe’s composure on the field will have a large impact on how we maintain possession and shut down the opposing team’s attempts to attack,” Jesenovec said.

Defensively, the Wolverines have one of the most talented and experienced keepers in the area.

“Ashlyn has been our starting goalie since her freshman year,” Jesenovec said. “With her experience and this being her senior season, the sky is the limit to what her potential is this fall season.”

“Bella will be our fearless leader in the back. As a co-captain this year, her team has chosen to honor and respect the way she plays and how she attacks the field with everything she has,” Jesenovec said. “Savanah’s growth and understanding of the game over the past two years has made her a true staple on our team. She will contribute many minutes on the field for us this fall in a number of different positions.”