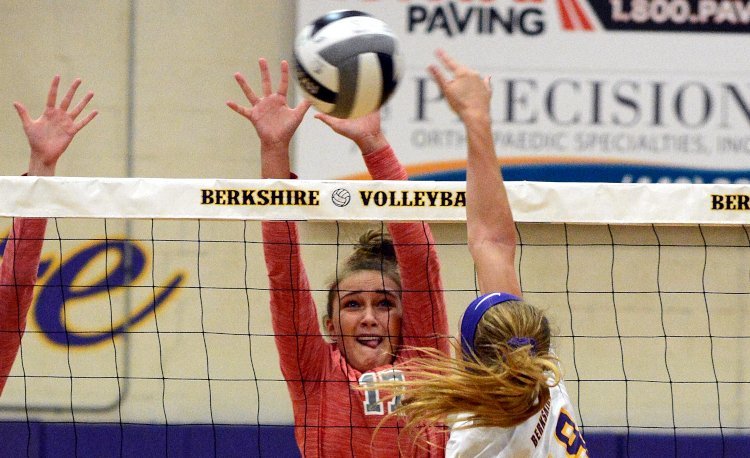 With three returning starters and a balanced roster, Crestwood is ready to bounce back from last season’s 9-15 record.

The Red Devils, who finished 4-6 in the Chagrin Valley Conference Valley Division, are just a few years removed from winning a district title and they’d like to return to that level of play.

“We have a nice mix of seniors and underclassmen. They are working hard and moving the ball around,” said 30th-year head coach Wanda Hoffman. “Having graduated seven players, we lost a lot of varsity experience. Most of our players are new to the speed of the game, so playing against varsity teams with experience may be a challenge.”

To offset their inexperience, the Red Devils are focused on playing as a cohesive unit and keeping the defense guessing by using an offensive attack geared toward moving the ball around to find openings on the other side of the net.

“We need to work together and work for each other,” Hoffman said. “We want to move the ball around so there isn’t just one player to focus on. We have to work hard on staying behind the ball and making solid plays.”

The middle hitter led the Red Devils with 224 kills, 28 service aces, and 31 blocks, and finished second on the team with 150 digs.

“Aimee is a very powerful hitter,” Hoffman said. “She is an all-around player and is strong in every position. I will be looking for her to lead our team.”

Senior Avrie Shenkel will be a complementary hitter to Barnauskas in the front row. She recorded 56 kills last season.

“I will be looking for her to use her skill to put her attacks away no matter where she is swinging from,” Hoffman said. “She will be a vocal leader this year to help direct the younger players.”

Senior Elaine Guyette and junior Jazmyn Stevens will set. Guyette also will play as a defensive specialist and Stevens can put the ball away when needed.

“Elaine is going to move between two positions. She has been setting but we will also need her to pass at times. Elaine will be the glue that keeps our team together. When it comes to keeping the team pumped up, Elaine will get the job done,” Hoffman said. “Jaz was one of our setters last year and I would like her to be a force at the net as well. At this point, Jaz will see a lot of floor time.”

Junior Zoe Babnik will play as a defensive specialist or libero.

“Last year, Zoe was our JV libero,” Hoffman said. “She played libero for her JO team and has gotten even better. I’m excited to see her play this season. Zoe will make a huge difference in our defense.”

The Red Devils have a host of sophomores pushing for a spot in the starting rotation.

Maddie Dustman is an outside/middle hitter, Audrey Fusci is a defensive specialist/libero, Abby Guyette will set or play in the front row, and Hannah Ward is a middle blocker.

“Maddie is a strong hitter. With hard work, I believe she will be an asset, not only this year but for years to come. Maddie is well on her way to achieving this goal,” Hoffman said. “Audrey will be joining our back row defense core. I am excited to see all the fantastic plays that she will make. Audrey is the voice in the back row. She does have amazing jumping ability, so if ever needed she could help out at the net. Abby is a very gifted athlete. She is capable of playing any position. Regardless of what position she is in on the floor, I know that she will be able to succeed and give us a greater opportunity to win. I am so excited to see how far (Ward) can go this season. Not only does she have such great instincts in the front row offensively, but I feel Hannah also has the potential to be one of the key blockers in the league. Since August 1, I have seen her grow so much. Hannah is very capable of playing the back row along with having a strong serve.”