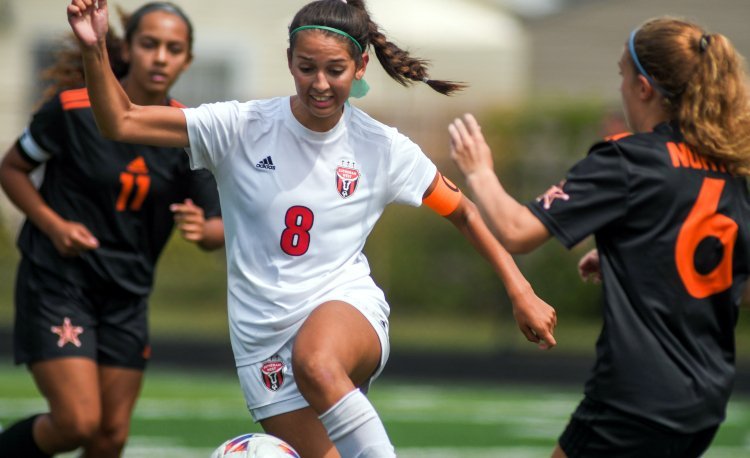 EASTLAKE—Lutheran West put up quite a fight in its non-conference season opener at North but the Longhorns fell to the Rangers, 2-1.

After North’s Sydney Helm opened the scoring with 19 minutes, 53 seconds remaining in the first half, senior captain Juliana Klopp converted a penalty kick to tie the game with 13:36 left in the half.

North scored the go-ahead goal 11 minutes into the second half and then held off the Longhorns the rest of the way.

“I thought the girls played really well in our first game,” said Lutheran West coach Spencer Schultz. “There’s a lot of new tactics that we’re implementing with them and they’ve taken to them very well. I’m really happy with how the girls rallied, especially going down early and we were able to come back and get a goal.”

After North’s second goal, the Longhorns continued to work hard for possession and had several goal-scoring opportunities thwarted by North keeper Katia Blatnik.

“We have a good group of girls,” Schultz said. “They’re definitely physically strong, especially in the back. We have some smaller girls with not a lot of size, but we have some speed and they were able to hang with them and fight with them the whole game. I was impressed with how our girls fought the entire game.”