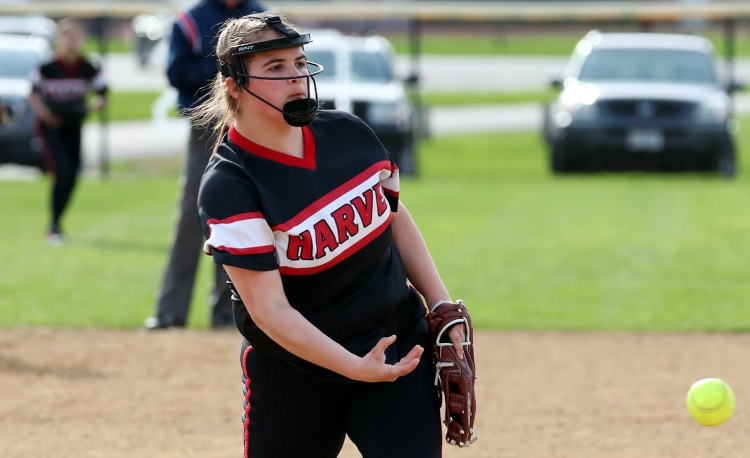 With the win, the Red Raiders improved to 4-1 on the year.

“Today’s game was a full team effort,” said Harvey coach Betsy Hada. “Everyone stepped up in some capacity, whether they were a starter or coming off the bench. Our girls are very supportive of each other and I cannot commend them enough on their team-first attitude. Winning starts in the locker room and our upperclassmen have done a great job of setting the tone.”

Nya Talley, who finished the game 2-for-4, had the big hit for the Red Raiders as she hit a grand slam to post a team-high six runs batted in. She also scored three runs and is no hitting .364 with a .562 on-base percentage and .727 slugging percentage.

“Nya Talley was bad news for opposing pitchers on Monday,” Hada said. “Talley drove in runs on a single in the first, a fielder’s choice in the third, and a grand slam in the fourth. She is a smart baserunner. She takes advantage of any misstep the opposing defense might make. She has five stolen bases so far in our young season.”

Tressa Overbey was 3-for-3 with three runs scored and her six stolen bases have pushed her season total to 12 thefts in five games. Rachael Boykin was 2-for-2 with a double, a triple, five RBI and a run scored.

Boykin also was credited with the pitching victory as she allowed just one hit and struck out eight in three scoreless innings of work. Halia Charon closed out the final two innings as the Red Raiders invoked the run rule.