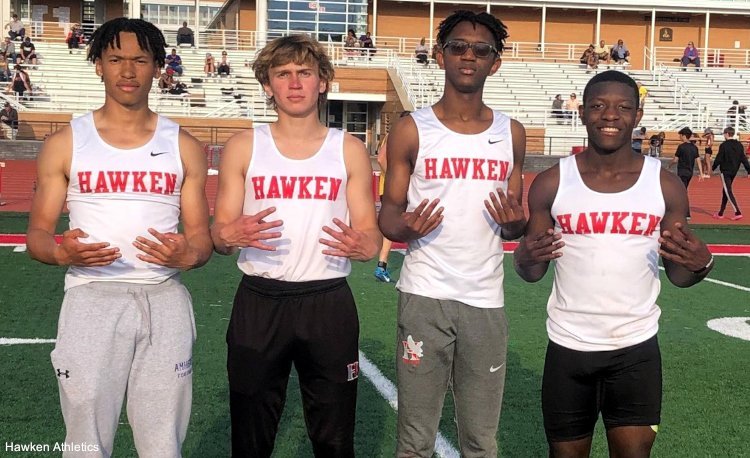 Dominic Johnson, Christian Anderson, Andrew Bukovnik, and Jordan Harrison finished their preliminary race in 41.70 seconds. The previous record of 41.79 seconds was set by Dayton Jefferson on its way to winning the 1981 Class AA state title.

“We didn’t feel ready to kind of do this today,” Harrison told Chris Lillstrung of The News-Herald. “Some of our exchanges were off. I’m really happy with the time that we did and how executed, because I think, once more meets come, we can keep PRing. So that would be really fun. We’re not hitting our peaks just yet. Once it gets to regional and hopefully state, we can lower that even more, which is really exciting.”

Hawken won its heat by almost a full two seconds. Glenville won the other heat with a time of 42.50 seconds.

The Hawks and Tarblooders will go head-to-head in Saturday’s finals.