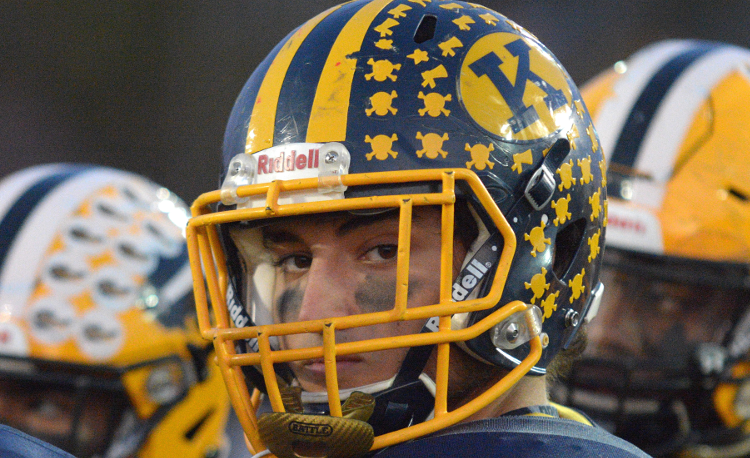 Kirtland’s 10th straight Week 11 home game proved to be more competitive than any of the last nine as the Hornets survived Magnolia Sandy Valley’s upset bid, 38-24.

“It was very exciting to be in a tough game finally,” said Kirtland junior Mason Sullivan, who ran for 167 yards and two touchdowns. “I’m glad they gave us a fight.”

Sandy Valley, the No. 8 seed in Division V, Region 17, did something none of Kirtland’s previous 10 opponents could when they opened the scoring with a six-yard touchdown pass from Cameron Blair to Brody Kelly with 5:05 remaining in the first quarter.

The lead was short-lived, however, as Sullivan broke a 59-yard run on 3rd-and-4 from the Kirtland 40 and used a one-yard plunge to pull to within 7-6. A false start on the extra point try led to Sullivan running in a two-point conversion for an 8-7 lead with 4:01 left in the opening quarter.

Kirtland moved into Sandy Valley territory on its next possession but fumbled away the football. That led to another Blair touchdown pass, this one a 17-yarder to Demetrius Evans that left the Cardinal in front, 14-8, with 10:47 left in the half.

After trading punts, Kirtland put together a 13-play, 70-yard drive capped off by Anthony DeMarco’s 22-yard touchdown run. Mario Rodin’s extra point gave the Hornets a 15-14 lead with 1:40 left in the half.

The Hornets forced a punt and took over possession at their own 42 with 1:12 left.

Liam Powers connected with Luke Gardner on a 24-yard pass and later found Gage Sullivan for a 17-yard gain. Rodin closed out the drive with a 27-yard field goal and an 18-14 lead with just five seconds remaining.

“The first half was one of our worst halves we have ever played but we all told each other that we didn’t want to play on our home field one last time and lose on it,” Mason Sullivan said. “We had the mentality of getting everything right and to play harder than ever.”

Kirtland opened the second half with a rare three-and-out and Sandy Valley regained the lead on Brendan Obradovich’s one-yard plunge with 8:15 left in the third.

Once again, the Cardinals didn’t hold the lead for long.

Sandy Valley pulled to within 25-24 after a 31-yard field goal but that was the last time the Cardinals would score.

The Hornets went to work with a 12-play drive that moved the ball to the Sandy Valley two-yard line but another fumble was recovered by the Cardinals in the end zone.

Kirtland’s defense held and the Hornets quickly extended their lead with a Luke Gardner 54-yard touchdown run. The two-point conversion try failed but Kirtland took a 31-24 lead with just 5:07 remaining in the game.

Danny Davidson picked off a Sandy Valley pass to set the Kirtland offense up at the Cardinal 35 and the Hornets took advantage of the turnover when Gardner scored on a 26-yard run to close out the scoring.

Kirtland advanced to play No. 4 Canfield South Range, a 30-7 winner over Bellaire, on Nov. 16 at a site to be determined.

“Right now we are just going to focus on the game coming up, nothing else,” Sullivan said. “We are going to work hard at practice and execute everything perfectly.”