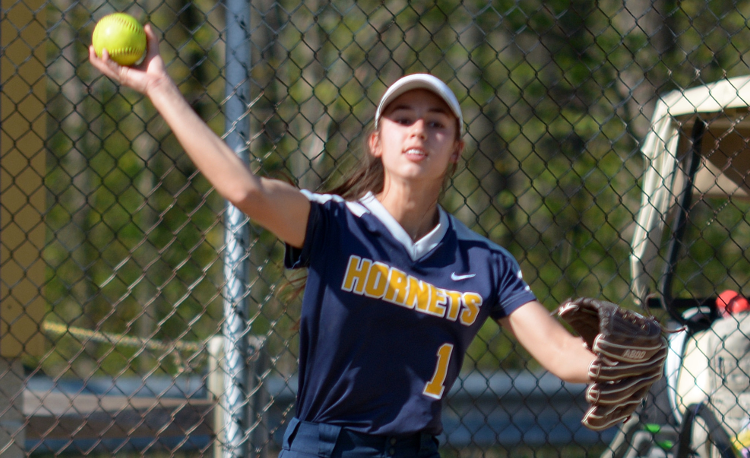 Berkshire scored the first 11 runs of the game but host Kirtland never quit and didn’t allow the Badgers to invoke the run-rule in falling 17-12 in a Chagrin Valley Conference Valley Division showdown at Recreation Park on Monday.

Despite the loss, the young Hornets gained valuable experience and confidence.

“We’re making strides and we need to keep making those strides,” Kirtland coach Jamie Kamensky said. “We have eight of the nine on the field coming back next year, so these games are critical to build confidence and learn how to adapt at the plate and in situations.”

The Badgers scored six runs on three hits, three walks and a hit batsman in the first inning and added two more on two hits and a walk in the second.

They made it 11-0 with three runs in the top of the third.

Kirtland stayed alive with a pair of runs in the bottom half of the inning.

Emma Pilarczyk reached on a fielder’s choice and scored on Julia Camino’s triple. Camino then scored on Gianna Cantini’s single.

Pilarczyk finished the game 3-for-4 with three runs scored and a pair of runs batted in.

“Emma stepped up big today,” Kamensky said. “She is a kid who is focusing on getting better every day. She showed that today. She put the ball in play and is showing that she is capable of producing for us.”

Berkshire scored four more in the sixth inning but again the Hornets responded to fend off the run-rule.

Cantini hit her second double of the game to pull the Hornets to within 15-7.

Berkshire added two more in the seventh but Cantini hit a grand slam to close out the scoring.

“Cantini is giving us everything she has,” Kamensky said. “She’s starting to develop into the heart and soul of Kirtland softball. Day in and day out she’s putting in the work. She was focused today and has been doing a great job at the plate all year. It’s exciting to see and it’s even more exciting that it’s early in the year.”

Cantini finished 5-for-5 at the plate with two doubles, a home run and seven RBI. She also struck out six.

“A big day like this definitely boosts my confidence at the plate,” Cantini said. “I’ve worked very hard on my hitting technique and power, so I’m happy to see some positive results.”

Two walks and a fielder’s choice loaded the bases for Pilarczyk in the bottom of the seventh. She singled to knock in one run and Cantini stepped to the plate with two outs and the bases full.

She faced a 1-2 count before lining the ball over the left field fence.

“The home run felt really nice and I could tell it was going to go far,” she said. “I knew it was gone when I heard everyone screaming. My teammates’ reactions were crazy. They all screamed and ran out onto the field while I hobbled my way around the bases.”

Grace Wolfe and stole her way to third base but the Badgers recorded the final out of the game to seal their victory.

“Overall, it’s tough to lose, but we made this loss one that we showed improvement and fight,” Kamensky said. “We have to build off this come Wednesday and the rest of the year.”

Madison Chapman led Berkshire at the plate as she finished 4-for-5 with three runs scored, a home run and four runs batted in. Chapman is now batting .593 with five home runs and 14 RBI in seven games.

Mollee Chapman had three hits for the Badgers.