Hornets slip past Tigers in OT 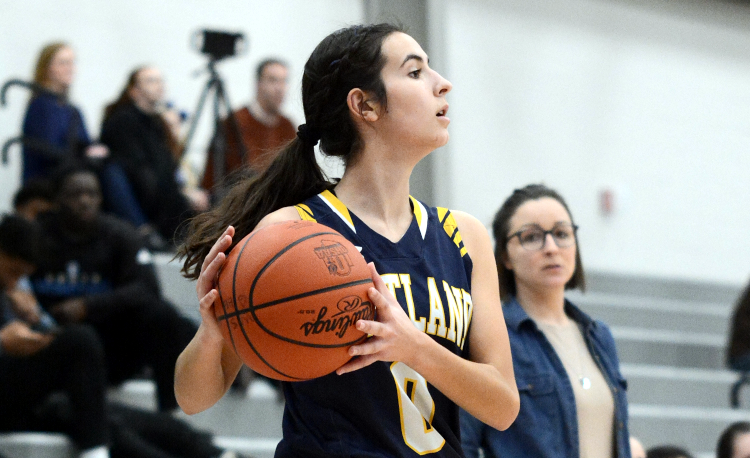 Kirtland kicked off the New Year with an exciting 45-43 nonconference overtime win at Chagrin Falls on Thursday.

With the win, the Hornets improved to 7-2 overall.

“We are coming off of a tough three-point loss to South,” Kirtland coach Brittany Zele said. “We wanted this win to start off 2020 on the right foot and winning a close game, similar to South, is a great feeling.”

Trailing 13-12 at halftime, the Hornets used a nine-point run to momentarily pull away from the Tigers in the second half.

“We switched our defense to be a little more aggressive,” Chagrin Falls coach Brittany Anderson said. “We knew that we’d get to the line the rest of the way, so we set a goal to space the floor and attack on the drive. Unfortunately, it ended up being too little too late.”

Both teams struggled to score in the first half as they each adjusted to the other’s defense.

“Offensively, we prepared for the 3-2 defense by making adjustments to our primary offense and we didn’t execute it well in the first half,” Zele said. “We didn’t play Kirtland basketball, which says a lot about Chagrin’s ability to shut us down and mentally get in our head.”

Lauren Snyder, who led the Hornets with 11 points hit a 3-pointer in each of the first three quarters to keep Kirtland in the game.

Julia Camino scored all five of her points in the fourth and Macy McIntosh scored four of Kirtland’s six points in the overtime period.

“Julia had a tough game offensively. Being able to hit a 3 and make her two free throws in the fourth shows she’s getting stronger mentally and more confident,” Zele said. “Macy made two tough shots in the paint to give us the momentum in OT. Our posts hustled for every rebound and came up big. We struggled from the free throw line but our defense was able to make up for those missed opportunities.”

The Hornets were 0-for-4 from the line in overtime while the Tigers were a perfect 4-for-4.

Chagrin Falls had the opportunity to tie or win the game in the closing seconds but came up short.

“We were able to get the ball to Bella (Dalessandro) in the corner but just couldn’t get a clean look as time expired,” Anderson said. “I’m really proud of our effort. I hope that our kids keep their chins up but have a little chip on their shoulders walking out of here tonight. We get back into conference play on Saturday, so there isn’t any time to dwell on it. We just have to grow from it.”

McIntosh and Haley Coso both finished with eight points for the Hornets and Leah LaVerde added six.

Carolyn Bencko led the Tigers with 15 and Dalessandro finished 14.

“Chagrin did everything they were supposed to do to come out on top, from make their free throws to hustling for offensive rebounds,” Zele said. “It just shows the tenacity our girls had to get the win. The girls played with heart tonight and it wasn’t ‘me’ basketball. Everyone played their role to the best of their ability, which helped us secure the ‘W.’”