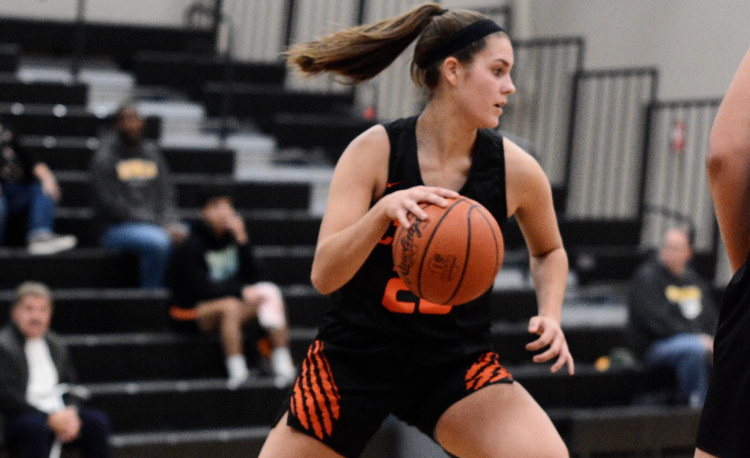 Chagrin Falls’ senior captains combined for 38 points to lead the Tigers to a 46-23 nonconference win over visiting Streetsboro on Saturday.

The win was the second in as many days for the Tigers, who improved to 7-3 overall.

“Playing a back-to-back is never easy, but we were able to end the year with two quality wins,” Chagrin Falls coach Brittany Anderson said. “We continued to shoot the ball well, from the perimeter in particular, and kept up our pressure defense.”

Carolyn Bencko drained five 3-pointers on the way to a game-high 17 points and Bella Dalessandro added 16 points with a pair of 3s to her credit. Katie Kwasny scored five points and pulled down a team-best 12 rebounds.

“Bencko and Dalessandro both played a solid game to lead the way,” Anderson said. “Katie Kwasny had another big night for us inside. She is able to change shots and cleans up the glass. She had 12 rebounds and kept the offense alive. Carolyn Bencko shot the lights out from 3-point range for the second night in a row. Bella Dalessandro kept the defense on their heels with her drives and outside shooting. We are hitting our stride mid-season and these three senior captains are a big reason why.”

The Tigers led the Rockets after the first quarter, 15-7, and 25-11 at halftime. They allowed just 12 second-half points to seal their third straight win.

“The last three games, we’ve had to scramble to fill in gaps and everyone–JV and varsity, freshmen through seniors, our coaching staff–has accepted the challenge to play a new role, to do whatever it takes to get the job done,” Anderson said. “This group is so unselfish and willing to contribute in any way that they can. It means a lot as a coach to look at your team and know that you can count on anyone to help you out. I’m really proud of how they’ve stepped it up in the last week.”