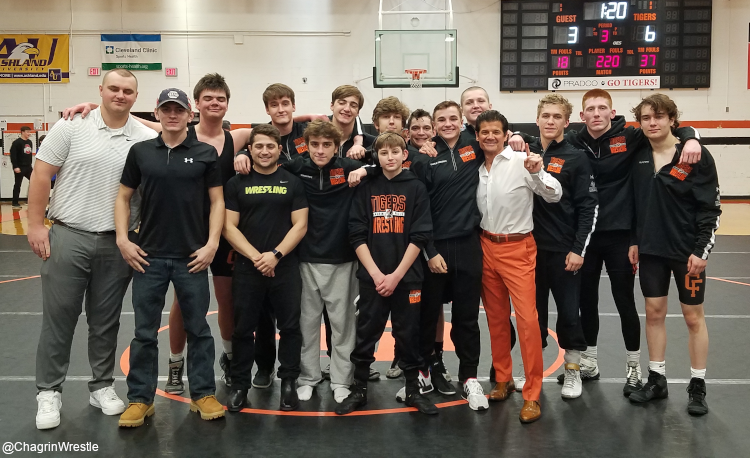 The Tigers won six of nine wrestled matches to down the Vikings, 37-18.

“It’s very rare that we get a dual meet win–we only had one last year and I don’t think we had any the year before that–so to start off our year with a dual meet win against Villa Angela-St. Joe was good,” Chagrin Falls coach Peter Cimoroni said. “Everybody wrestled well.”

Chagrin Falls wrestlers recorded five pins, a forfeit and a major decision in the match.

The Tigers return to action on Friday when they travel to Beachwood.