Independence scores five in second half to beat Wickliffe 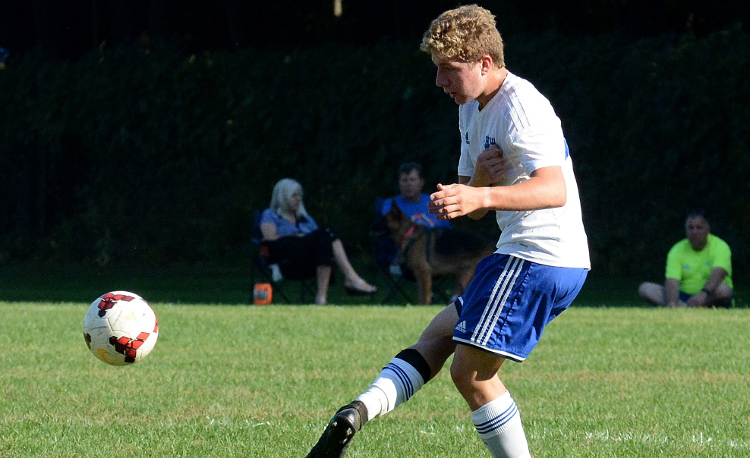 Independence was at its best in the second half of a 5-1 Chagrin Valley Conference Metro Division win at Wickliffe on Tuesday.

With the game locked in a scoreless tie, the Blue Devils exploded to score five goals in the final 40 minutes.

“We are a fit team by necessity at this point, really only rotating one or two guys right now,” Independence coach Ryan MacRaild said. “Our first 12 or 13 are nearly fully match fit. Our young guys are improving every day but without enough for a JV team, a lot of the work comes through training for them. They stick with it and grow every day. It’s fun to watch.”

Aidan Coljohn opened the scoring when he finished off a corner kick and Brandon Patton remained hot with two more goals.

Patton opened the season with a four-goal performance and now has seven in his first four games as a starter.

“Going into this season, I was nervous to be starting and playing a position I was not used to playing,” Patton said. “After the game against Cuyahoga Heights, I felt more confident in what I could do on the field with my team by my side. It’s very exciting to play a part in beating opponents and I look forward to the potential my team has to offer.”

Jimmy Senick set up Patton’s first goal with a long pass. The keeper came out of the net in an attempt to stop Patton from advancing but he chipped it over the keeper’s head for the goal and a 2-1 lead.

Patton’s second goal was set up by a perfectly placed cross from outside the box.

“Our kids worked hard to get Brandon the ball and Adam Leibal was the workhorse battling two and three guys at a time, still creating chances for himself and others,” MacRaild said.

Leibal finished with a pair of assists.

Ethan Manelski allowed just the one goal and recorded five saves in the win.

“Our defense sort of played ‘bend, don’t break’ tonight and once we got our third goal from Christian he crushed a banger off the post and in that was a showstopper,” MacRaild said. “It was a good league win. It’s looking like Beachwood is going to be a nice match.”

The Blue Devils, who improved to 4-0-1 overall and 3-0 in league play, travel to Wellington on Thursday. They host Brooklyn next Tuesday then play at Beachwood on Sept. 17. Beachwood also is undefeated in league play.