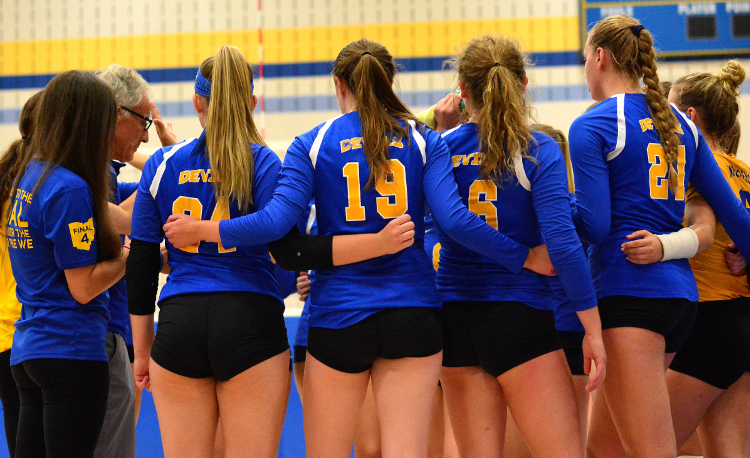 Independence is headed back to the district championship game for the third consecutive season after a 3-0 sweep over Wickliffe in the semifinals on Wednesday.

“We did a really nice job of being aggressive to tonight and going for every ball,” Independence senior captain Kalli Screptock said. “Our defense was on and that made our offense’s job easy to put the ball away.”

Independence’s success started on defense and precision passing led to many kill opportunities.

“Passing and defense are key parts to keeping pressure on our competition,” senior captain Maddy Bilinovic said. “The back row was spot on in giving our setter, Abby (Avila), options tonight, which creates way more opportunities for the front row.”

The Blue Devils improved to 20-5 overall and expect to have their hands full against Brookside, who improved to 21-3 with its 3-1 win over Elyria Catholic in the other semifinal.

“We know what we have to do to beat Brookside and we practice every day to get better as a team and to achieve the goal of just winning the next game, so we highly focus on that,” Screptock said.

Independence will play in its third straight district championship after advancing to the state Final Four in each of the past two seasons. While the goal remains to return to Dayton, the Blue Devils aren’t looking past any opponent.

“We are excited to move on but we are not getting ahead of ourselves,” Bilinovic said. “Our focus is to continue to get better every single day moving forward.”