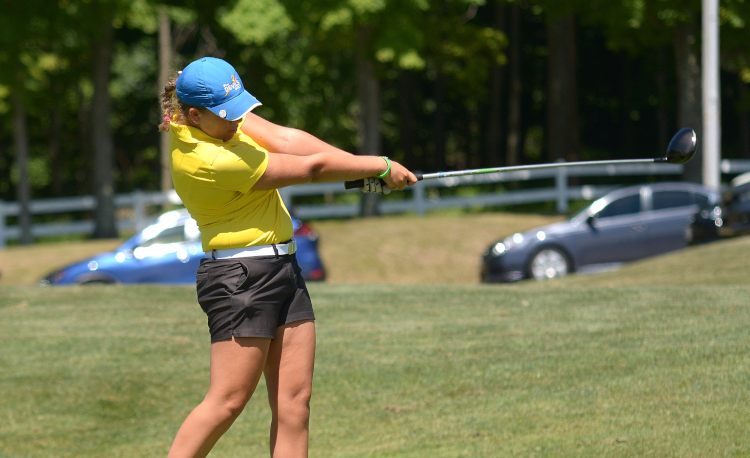 Lutheran West Sam Webb tied her own school record with a career-best 32 but Independence had the depth to pull out a 164-174 win over the Longhorns in a matchup of unbeaten teams on Tuesday at Shawnee Hills Golf Course.

The win gives the Blue Devils temporary control of the Chagrin Valley Conference.

“I’ve never seen that many girls on their A-game all in one day,” Independence coach Karl Schuld said of the well-played match. “Today, with all of the things that have gone on this year with COVID and all of the distractions, this is why I’d like to thank our administration for letting the kids play because this is why we compete. Both schools played phenomenal golf all the way up and down the board.”

Morgan Pascarella led Independence with a team-best 38. Allie Ksiazka added a 39, Emma Konopa came in with a 41 and Hillary Esper closed out the scoring with a 46. Molly McGreal and Reese Vilcheck shot 47 and 48, respectively.

“Across the board, we played really well,” Schuld said. “Morgan played like a true No. 1 with a solid score. Allie had a tremendous round and made the adjustments she had to do to help us win. To have your No. 5 and 6 golfers shoot a 41 and a 47 is really impressive.”

Webb, who tied the record she set in 2018, finished 3-under par to claim medalist honors while Nadia Kauntz and Callie Wabeke both carded 46s. Julia Colton closed out the scoring with a 50.

“Hats off to the Lutheran West girls,” Schuld said. “They played so well. On most days when you shoot a 174, you’re going to win.”