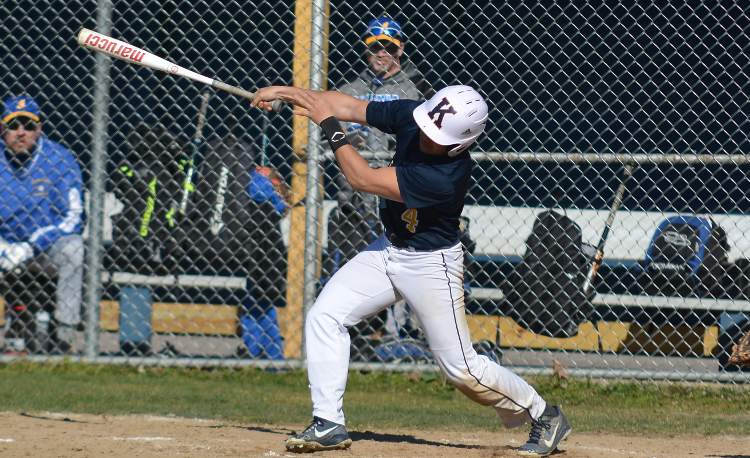 Torok, also a first-team All-Ohio outfielder, has led the Hornets to back-to-back regional championships. In 2019, he is batting .452 (38-for-84) with 34 runs scored and 27 runs batted in as the team’s leadoff hitter.

“It means a lot to me that coaches recognized me as the player of the year in Division III,” Torok said. “A lot of people don’t mention my name and baseball together due to my success with football, so to get Player of the Year in baseball is a huge accomplishment for me.”

As a senior, Torok has recorded six doubles and one triple and is tied for the team lead with 17 walks drawn. He also has swiped 49 bases in 26 games played and is the school’s all-time leader in stolen bases with 130 thefts in his career.

While the Player of the Year award is meaningful, Torok has his eyes set on a bigger prize when the Hornets play Applecreek Waynedale in a regional semifinal at Massillon High School on Friday.

“I’ve never played sports for individual accomplishments or awards,” he said. “That’s how all my teammates are as well In every sport. Our whole baseball team is focused on this regional semifinal game. We’ve been working hard all spring for a long playoff run and that’s exactly what I’m hoping for. My senior teammates and I only have so much time left in a Hornets uniform, so we are trying to go as far as possible.”

Torok is in rare company as he is competing in his seventh regional tournament as a high school athlete.

He helped lead the Kirtland football team to four regional tournament appearances, which included two state titles, and the baseball team is competing in its second straight regional. He also competed in the regional track meet last spring.

“One thing I love about Kirtland is how coaches don’t expect you to focus on one sport,” he said. “They want you to play other sports and have fun. To be able to have success in three different sports is amazing and something I’m very proud of.”