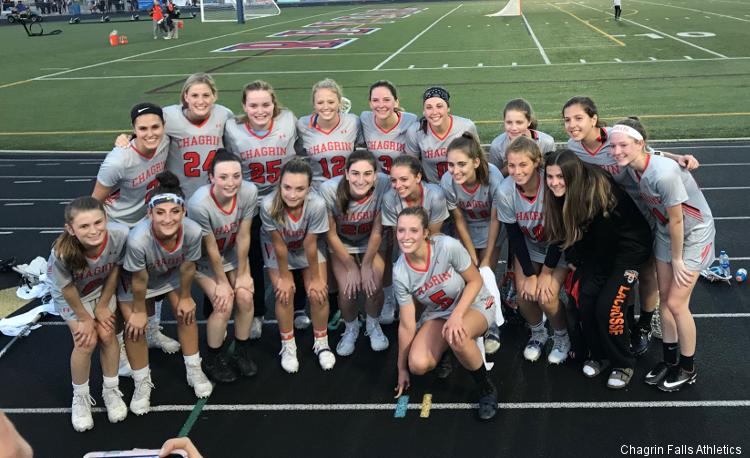 With the win, the Tigers advanced to a third straight state championship game. Chagrin Falls lost to Cincinnati Mariemont in the 2018 title game, 13-10, and also dropped a 13-12 decision to Cincinnati Indian Hill in the 2017 final.

Senior Kelly Wynveen led the charge for the Tigers as she scored six goals and added an assist in the win. Junior Anna Gellin contributed with five goals and an assist and her freshman sister, Peyton Gellin pitched in with three goals and one assist. Lilly Orazen scored a pair of goals and Creagen Mee found the back of the net once in the win.

Walsh Jesuit led at halftime, 8-7, and took a two-goal lead early in the second half before the Tigers rallied for the win.