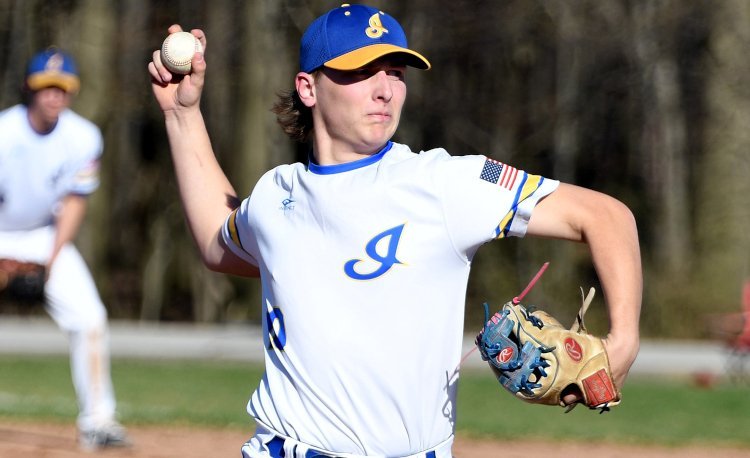 Independence senior Ashton Lerz opened the season on Tuesday with 12 strikeouts in a 10-0 six-inning win over visiting Cuyahoga Heights.

The Blue Devils led 3-0 entering the bottom half of the sixth inning and then exploded for seven runs to finish off the RedWolves.

“When Independence plays Cuyahoga Heights, in any contest, it always prompts a competitive rivalry environment,” said Independence coach Jim Crooks. “The first two innings felt that way, but then our bats took over. Ashton Lerz dialed in on the mound, and it ended as a solid first game of the season for the Blue Devils.”

Lerz allowed just one hit and struck out 12 in the six-inning complete game.

Lerz threw first-pitch strikes to 13 of the 22 batters he faced and 54 of his 91 pitches hit their mark.

“The 12 strikeouts to start the season really made me proud considering it was the first game,” he said. “My fastball and curveball were working very good, especially throwing the deuce for a first-pitch strike to some batters as well made it easier to get to work knowing my arsenal was nice and clean today.”

The Blue Devils scored two runs in the bottom of the third when Charlie McGreal singled and Dom Narduzzi reached on a dropped third strike. Mike Andryszczyk then reached on an error that allowed McGreal to score and Andryszczyk scored on a Lerz sacrifice fly.

Evan Beacher and Luke Pascarella both singled in the fourth, which set up Narduzzi’s RBI single later in the inning to push the Independence lead to 3-0.

It remained that way until the Blue Devils collected four hits, four walks, a hit batter, and one that reached on an error in the sixth.

Independence travels to Benedictine on Thursday while Heights will play at Rocky River.