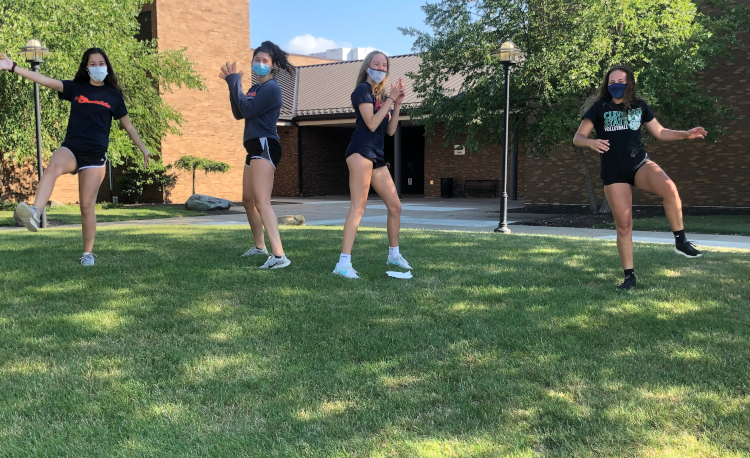 For a moment, it appeared the Orange volleyball season had ended before it even began.

The school district followed the Cuyahoga County Board of Health’s recommendation to shut down sports for the fall due to the spread of COVID-19. Shortly after that declaration, the state issued a different recommendation and the Lions took to the court last week.

While the team is a bit behind its peers, and still practicing outdoors, Orange head coach Jen Gold and her players are just excited to have the opportunity to compete.

“They have to find their momentum again,” Gold said. “Their momentum and energy throughout the summer was something I haven’t seen at Orange for a long time. There is a lot of potential in the gym. With the right combination of players, they can be really good.”

The Lions return three starters and two others with varsity experience.

“The hole we have this year is basically still setting,” Gold said. “Finding the right setter who can lead the floor will be key.”

Orange’s strength, however, is on the defensive end of the court and the Lions aren’t short on defensive specialists.

“Defense can win games and fortunately we are deep,” Gold said. “Hopefully, they can rally to win games.”

Gold will rely on seniors Caitlin Breedlove, Lena Guriunian, Kylee Owens and Addy Garcia to lead the way for the younger Lions.

Breedlove is an outside/middle hitter. Guriunian is a libero/outside hitter. Owens will line up on the outside and Garcia is a middle hitter.

“I have great senior leadership this year,” Gold said. “They are positive and want to win. They are so grateful to have their season due to the pandemic. They just want to compete.”