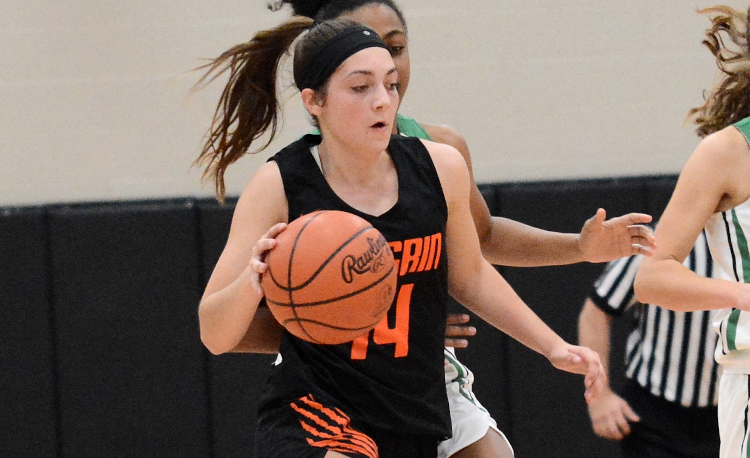 Trailing 8-7 after one period, Chagrin Falls coach Brittany Anderson made some subtle adjustments to her offense. The Tigers responded by outscoring the Red Raiders, 49-20, the rest of the way in a 56-28 win on Saturday.

“Harvey did a nice job defensively in the first quarter by taking away all opportunities in the paint,” Anderson said. “We were able to make some adjustments in the second quarter to open it up and get an inside-outside game going.”

Bella Dalessandro drained three of her five 3-pointers in the second quarter as the Tigers used a 20-4 run to take a 27-12 lead into the break.

Dalessandro finished with a game-high 19 points and Carolyn Bencko also scored in double figures with 10.

“Bella has had quite a few games where she has been able to score on the drive and that was taken away today. She was patient and we were able to get the ball to her on the perimeter for some great looks,” Anderson said. “Peyton has been outstanding for us the last two games. She brings so much energy with her defense and rebounding. Everyone was excited to see her capitalize on it today with some baskets at key moments.”