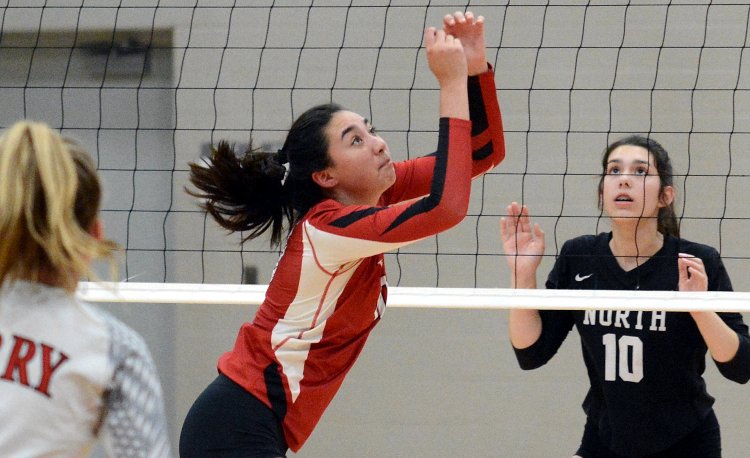 Perry’s dynamic duo of Jaelyn Tomoletz and Sammie DiBease has terrorized their high school opponents and after announcing their college commitments, they’ll have the chance to do the same in college.

Tomoletz announced her decision to continue her education and volleyball career at Defiance College while DiBease committed to Walsh University.

“It is definitely exciting to have the opportunity to play another four years,” Tomoletz said. “It definitely took a lot of weight off my shoulders.”

Defiance began recruiting Tomoletz during the spring of 2021.

She visited campus and was drawn to the family atmosphere and culture developed by the coaches and players, and she also enjoyed the small campus vibe that reminded her of home.

“What I liked about the campus was that it made me feel safe and like I was at home,” she said. “Growing up in Perry, you get used to the small-town life and Defiance had the same characteristics.”

Tomoletz will play in the middle at Defiance.

“It will definitely take some getting used to the different tempo of college volleyball from high school,” she said. “I have great coaches at Defiance to help me out.”

Not all has gone well for Tomoletz as she is out this season with a knee injury. She’s still rooting for her teammates to accomplish big things on the court this season.

“For the team, I want to accomplish an undefeated regular season and possibly make it to a district final game,” she said. “For me, I hope to return to the court soon and finish out my senior season.” 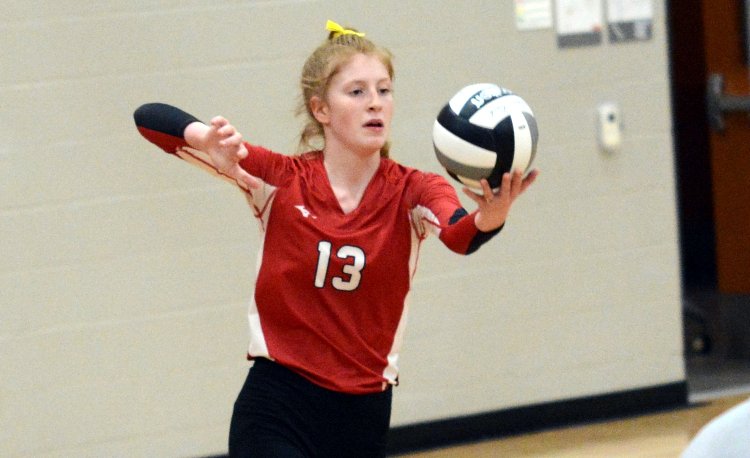 DiBease is thrilled to have the opportunity to achieve a childhood dream by playing college volleyball.

“Playing in college was always one of my biggest dreams as a young volleyball player so I am excited to complete the recruiting process and make my decision to play volleyball in college at Walsh University,” she said. “I am beyond grateful.”

Walsh had been recruiting DiBease for several years before she finally committed to the school.

“I absolutely loved it,” DiBease said of her visit to the school. “The size of the campus was perfect. I loved all the greenery and how the gym felt like home.”

She also felt comfortable around the coaches and current players.

“The team really felt like family,” she said. “Coach (Jayme) Plummer is a great coach and I am looking forward to learning everything I can from him, the other coaches, and the girls. For the school aspect, their nursing program, and the size were perfect for me.”

DiBease was recruited as a six-rotation outside hitter, a role she fills at Perry.

“I currently play that position in high school so think I will fit into that role very well,” she said.

While DiBease is looking forward to her future at Walsh, she has some unfinished business with the Pirates.

“As a team, I would like to be solo (Chagrin Valley Conference) champs. I would also like to go far into districts and hopefully make it to the district final game,” she said. “As an individual, I am working on getting 1,000 kills. I am also hoping to get first-team all-conference and first-team all-district.”