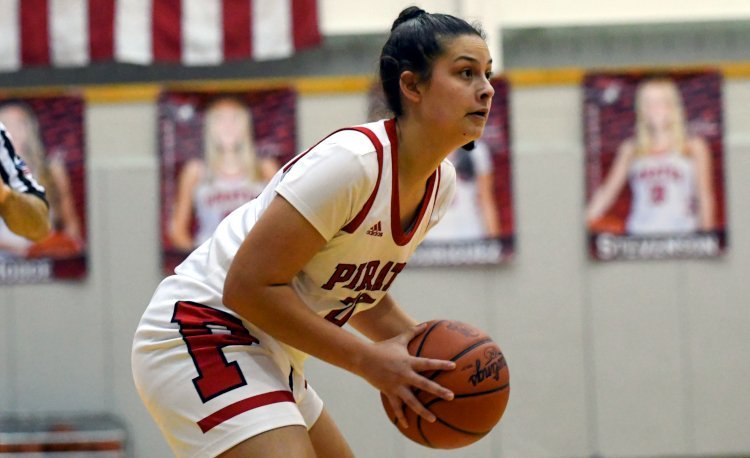 Perry senior Marcela Rodriguez signed a National Letter of Intent on Wednesday to continue her education and basketball career at Madonna University.

“I’m so excited for what’s to come and to get better as a player at the next level,” Rodriguez said.

Rodriguez is one of two Perry players to sign with Madonna after teammate JaC’ana Anderson also will play for the school in Livonia, Mich.

“Playing at the same school as her just makes that opportunity even better,” Rodriguez said.

A recent visit helped Rodriguez determine Madonna was everything she was looking for in a college and a basketball program.

“When I went to visit, I felt comfortable there,” she said. “The coaches are great, we get along really well, and that’s very important to me. I chose this school because I feel like I would be a good fit and I can do great things there on and off the court.”

“I know I’m a hard worker and I know if I trust the process I’m going to do great things,” she said.

With signing day out of the way, Rodriguez can focus on leading the Pirates to another deep run in the postseason.

She also hopes her recruiting journey inspires her younger teammates to follow in her shoes.

“My goals are to give my all even during the highs and lows,” she said. “My coach is so big on focusing on the next play and getting better, so I’m going to carry that on. Something I learned is that there’s always going to be good and bad days on and off the court, and the best thing to do is keep your head high and just play the game.”