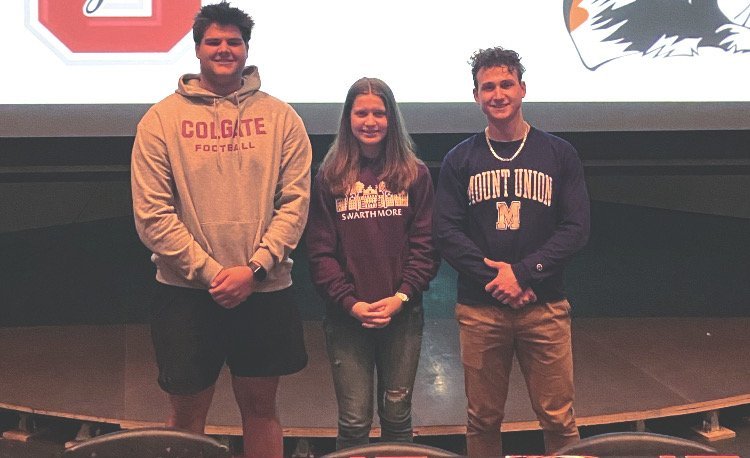 Three student-athletes from Chagrin Falls High School signed a National Letter of Intent on Wednesday to continue their educations and athletic careers in college.

Nick Dalessandro will play football at Colgate University, Aubree Daugherty signed with Swarthmore College to play lacrosse, and Leo Fornara will play baseball at the University of Mount Union.

Dalessandro was a three-year letter winner for the Tigers and also earned one letter in lacrosse. Dalessandro earned all-conference honors over the past three seasons. He will major in economics.

Daugherty will earn her third letter this spring. She earned second-team All-Region honors last year and also is a four-year letter winner in cross country, and she also played basketball. She will major in engineering and computer science.

Fornara will earn his second varsity letter this spring. He has been named both a Rotary Student of the Month and a Presidential Scholar. He will major in biochemistry.