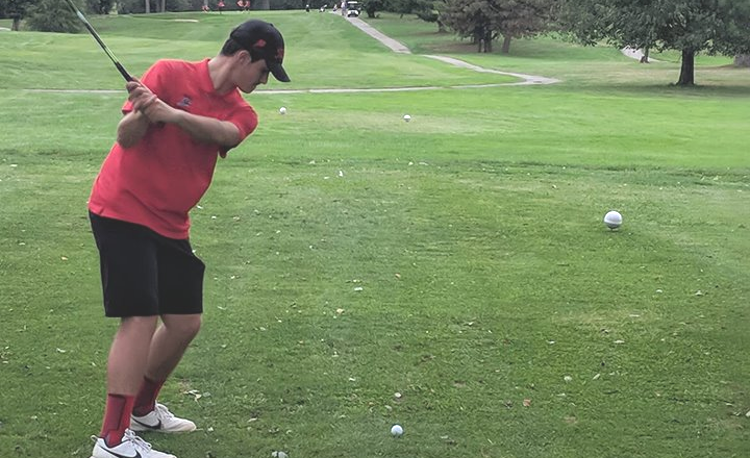 After winning 25 matches over the past two seasons, Harvey’s golf team has emerged as a real threat in the newly-expanded Chagrin Valley Conference.

The Red Raiders, who are 25-11after setting the school record for wins in a season in each of the past two years, return four starters from last year’s squad that finished 13-5 overall.

“We are very excited for the 2019 season to begin,” said 16th-year Harvey coach Scott Cummings. “Having four letter winners and four seniors overall gives us maturity and depth, something we have not had a lot of in my career. More teams added to the conference changed our division, and I think that we are in a division that is much more competitive to our team.”

Cummings is excited for the opportunity to compete in the CVC Valley Division with Berkshire, Cardinal, Edgewood, Geneva and Lakeside.

“Our expectations are that we will compete for the title in our CVC Division and have a decent finish at the CVC preseason and postseason (tournaments),” he said.

Junior Connor Hedrick and senior Braden Fisher are among Harvey’s most talented and experienced golfers.

Hedrick averaged 45.5 strokes per nine holes last fall with a best score of 38 in a match against West Geauga at Fowler’s Mill Golf Course.

“Connor is the No. 1 golfer of our team,” Cummings said. “He has the ability to go low but needs to put the mental aspect with it at all times to repeat that success consistently. I am looking for him to improve this season, as he has improved each of his past two seasons immensely. He has played the last two seasons on the (North Coast Junior Tour) and that has helped him. Now I want to see him continue to improve this season.”

“Braden returns as the No. 2 golfer on our team,” Cummings said. “He has matured as a player, becoming more consistent overall, but will need to avoid the ‘blow-up’ hole to help us reach our goal. As with all of our players, mental toughness and course management will be necessary keys to his continued success. The coaching staff is confident that he, and the rest of the team, can meet that challenge.”

The Red Raiders have developed a middle school program to introduce younger players to the game. That move has paid off and Cummings hopes to continue pushing the program to become even more successful in the future.

Harvey’s quest for the CVC Valley Division title begins on Aug. 12 at the CVC preseason tournament at Chardon Lakes.

“(Chardon Lakes) is an easier course for our team than is Pine Hills,” Cummings said of the previous location for the league’s preseason tournament. “Pine Hills is an excellent course, but it is a very staunch test for our players at the beginning of the season, and we have consequently struggled there early in past seasons. Our players also need to continue to improve on their ball striking as always, but we cannot forget the course management aspect of the game, which is just as critical. I hope that we are in the mix in our division as the regular season winds down in September.”